Sania Mirza Tweets Picture With Son, Says Difficult To Stay Away From Him 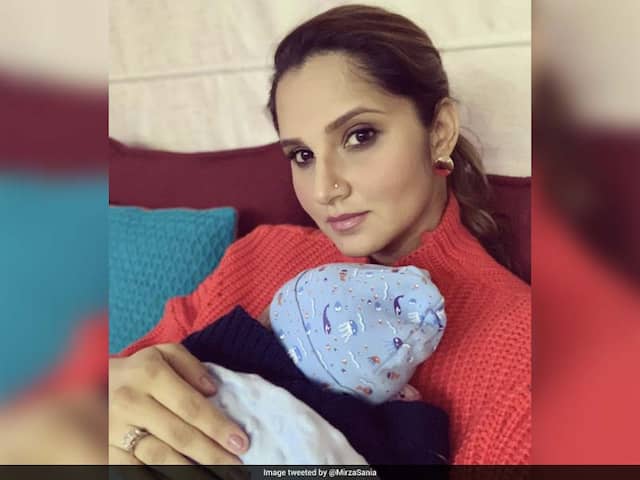 Indian tennis star Sania Mirza tweeted a picture of her holding son Izhaan, where she writes about the difficulties of staying away from home especially from her son. In the tweet, she writes, "Never thought I'd find leaving home so difficult .. After a hard day at work and away from Izhaan .. this is all I want to come back to #Allhamdulillah". Sania Mirza and Pakistani cricketer Shoaib Malik had a son on October 30. The star couple named their son Izhaan Mirza-Malik. The tennis star is out of action and is focusing on bringing her son up.

Never thought I'd find leaving home so difficult .. After a hard day at work and away from Izhaan .. this is all I want to come back to #Allhamdulillah pic.twitter.com/skiPEhD5Hg

The 31-year old Sania Mirza off-late is working hard to get back to shape post-childbirth as she is targeting a comeback into the world of tennis in 2019, probably by September. Sania became the first Indian to win a WTA tournament singles by back in 2005 when she won the Hyderabad Open.

She has won three women's doubles Grand Slam title with Swiss star Martina Hingis. The duo won the Wimbledon and the US Open in 2015 followed by the Australian Open in 2016.

Comments
Topics mentioned in this article
Sania Mirza Tennis Shoaib Malik
Get the latest updates on IPL 2020, check out the IPL Schedule for 2020 and Indian Premier League (IPL) Cricket live score . Like us on Facebook or follow us on Twitter for more sports updates. You can also download the NDTV Cricket app for Android or iOS.