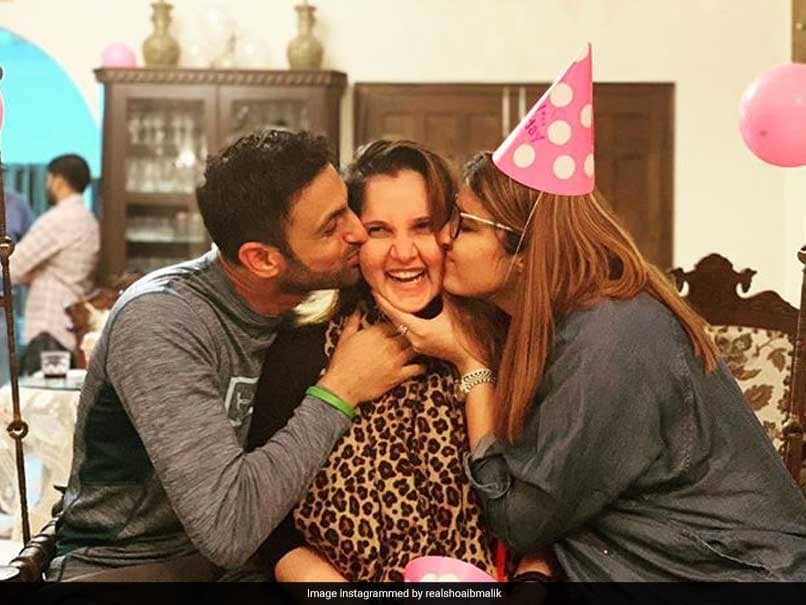 Shoaib Malik on Thursday took to Twitter to upload an adorable photo of son Izhaan along with Sania Mirza and family on his wife's 32nd birthday. He captioned the photo, "Celebrations! My son turns 16 days old on the same day my wife turned 16 years young, and my mother in law too. Life set hey." The post received more than six thousand likes within hours of being uploaded. The couple, who got married on April 12, 2010, was blessed with a baby boy on October 30. Soon after the announcement of their baby, Malik had taken to Twitter to reveal their baby's name.

Charmed by the cuteness of the photo, fans flooded Malik's comment section, wishing Sania Mirza on her birthday and adoring the family picture.

May Allah bless ur family
Lots of love to little izhaan

Sania Mirza too uploaded a photo on Twitter and thanked everybody for their warm wishes on her birthday.

Thank you to everyone who made my birthday soo sooo special I had an awesome day with my loved ones and all your wishes made my day even better .. thank you and I love you all right back pic.twitter.com/bx6jQl6WCk

Earlier this month, Malik had announced that he will not be a part of the T10 League. The Pakistan cricketer was set to play for the Punjab Legends in the second season of the T10 League but he said that he wants to be with his wife, Sania Mirza, and son, Izhaan Mirza-Malik, "more than anything else".

The former doubles World No.1, Sania has been on the sidelines since October 2017 and had said that she was aiming to be back on the court for the 2020 Tokyo Olympics. Sania further added that she would like to set an example for her child that nor pregnancy, motherhood, and parenthood should not be something that holds one back from your dreams.

The Indian tennis star, in 2005, became the first Indian to win a WTA tournament singles title.

Comments
Topics mentioned in this article
Shoaib Malik Sania Mirza Tennis Cricket
Get the latest updates on IPL 2020, check out the IPL Schedule for 2020 and Indian Premier League (IPL) Cricket live score . Like us on Facebook or follow us on Twitter for more sports updates. You can also download the NDTV Cricket app for Android or iOS.