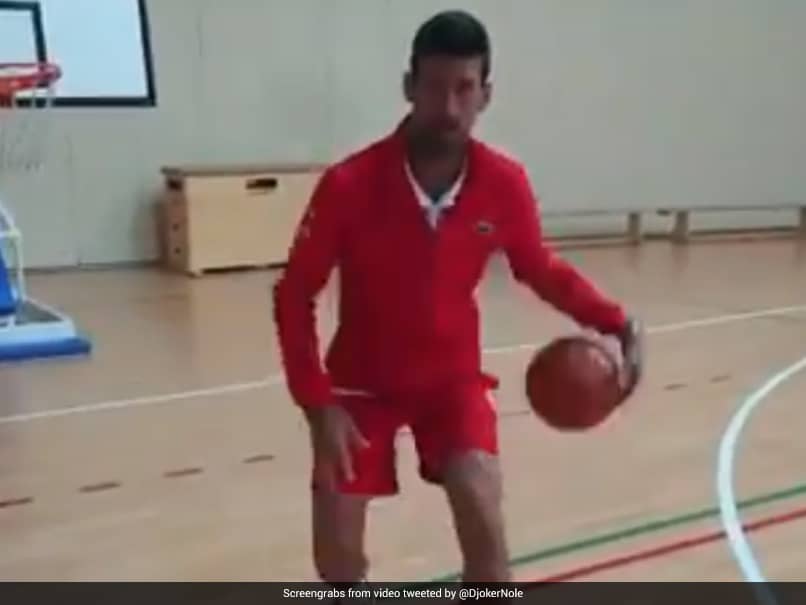 Novak Djokovic asked LeBron James if he is ready for a one-on-one duel with the NBA star.© Twitter

"Ha! I'm going to say I think you are!! Beautiful follow-thru on that shot buddy!" James replied to Djokovic's tweet.

Am I ready for a 1:1 @KingJames? pic.twitter.com/78MwBZaAiS

Last week, Djokovic broke down in tears in front of an enthusiastic home crowd in Belgrade after he failed to make the final in the first leg of his Balkans charity tennis tournament.

"I am not crying because I missed the finals. I am just overwhelmed by emotion because this reminds me of my childhood," the world number one told 4,000 fans packed into the Novak Tennis Centre on the banks of the Danube. "It's been an emotional few days and I want to thank everyone who supported the event and made it happen."

To a standing ovation, the 33-year-old added: "I love you all and thank you so much for coming."

The event had suffered an embarrassing setback last Saturday when the planned Montenegro leg of the four-nation tour was cancelled over coronavirus protocol rules.

Montenegro was due to be the third stop on June 27 and 28 after Croatia and before the conclusion in Bosnia.

But organisers said the visit to the neighbouring country was called off when it became apparent Serbia did not match strict health requirements.