Novak Djokovic, who played his first Japanese competition ever, dominated throughout the week, never losing a single set to claim the Japan Open trophy. 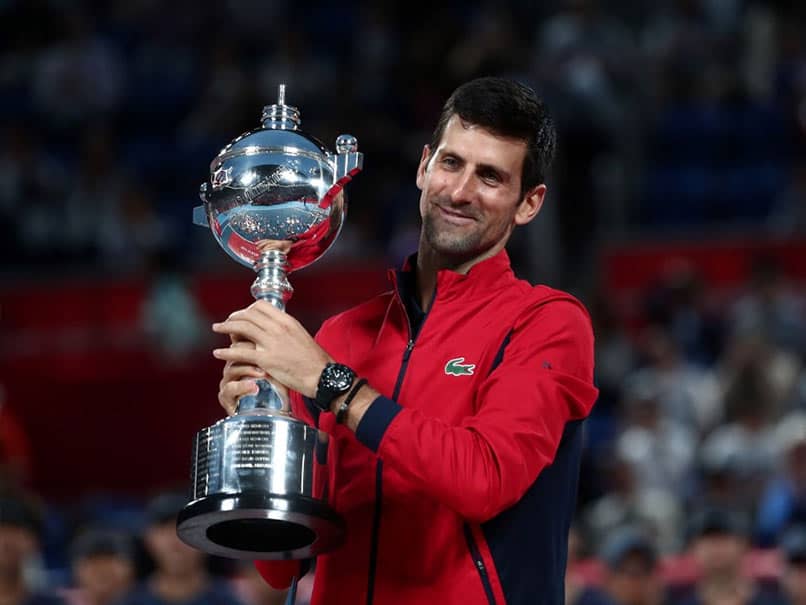 Novak Djokovic, World No.1, clinched the Japan Open title on Sunday, dispelling any concerns about his shoulder injury that pulled him out of the US Open. The Serb crushed Australian qualifier John Millman 6-3, 6-2, to mark his 10th win in a tournament main draw debut in his celebrated career, which includes 16 Grand Slams. Novak Djokovic, who played his first Japanese competition ever, dominated throughout the week, never losing a single set to claim the trophy. It was his first competition since pulling out of the US Open due to a left shoulder injury.

Djokovic, who started the week by taking part in a doubles game, intensified his performance as the week progressed, never allowing his opponents, including world number 15 David Goffin, to pose serious threats.

In the final match, Djokovic grabbed an early break in the first set to enjoy a 3-1 lead by blasting off a series of sizzling serves and precision returns that forced Millman running along the baseline.

He never faced a break point, while Millman managed to survive only one of four break points during the match.

Novak Djokovic John Millman Tennis
Get the latest updates on IPL 2021, IPL Points Table , IPL Schedule 2021 , live score . Like us on Facebook or follow us on Twitter for more sports updates. You can also download the NDTV Cricket app for Android or iOS.