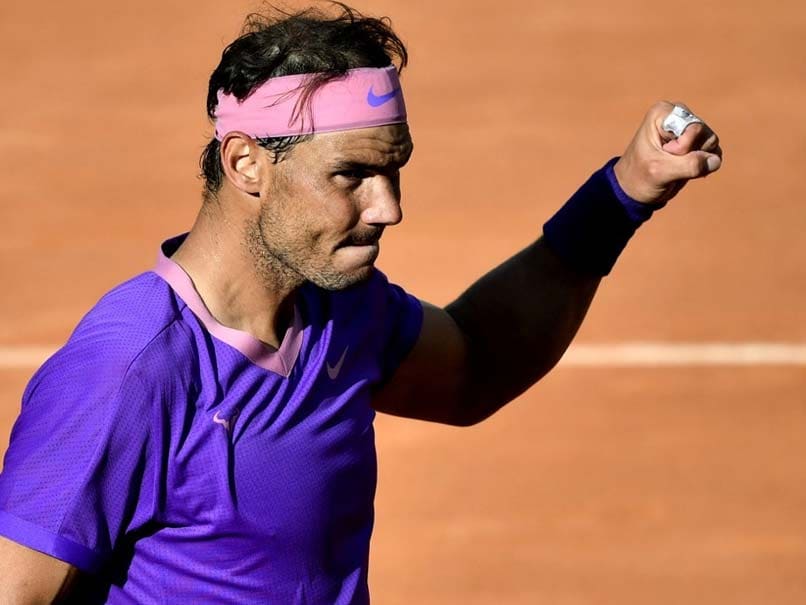 Nine-time champion Rafael Nadal saved two match points to defeat Canada's Denis Shapovalov in a three-set battle and advance to the quarter-finals of the Italian Open on Thursday. Second seed Nadal won through 3-6, 6-4, 7-6 (7/3) after nearly 3hr 30min on court against the 13th-seeded Shapovalov.  "It was a really difficult match, the score was against me almost all the time, but I was there, I was fighting all the time, I didn't give away anything," said the 34-year-old.

The Spaniard will be making his 16th last-eight appearance in Rome. It will also be his 97th ATP Masters 1000 quarter-final.

Shapovalov also broke for 3-1 in the third set but Nadal broke back immediately and held on despite two match points against him in the 12th game to force a tie-break.

Nadal's experience in the high-pressure moments paid off against the 22-year-old who had beaten him in their first meeting in Montreal in 2017.

"It's an important victory for me. Be able to win matches like today, long matches," said the 20-time Grand Slam winner.

"To be able to win these kind of matches against young players give me confidence with my body."

Nadal will next play either Germany's Alexander Zverev, the sixth seed, or Japan's Kei Nishikori for a place in the semi-finals.

For Shapovalov it was a "tough loss" with only "one or two points" the difference in the clash of left-handers.

"It's just a tough loss but who's going to give me crap for losing to Rafa?" said the Canadian who won his only ATP title in Stockholm in 2019.

"That's why he's won so many matches on clay. I mean, obviously he's a great player. There's no question about that, a tough one.

"For sure he does well with the pressure in those moments.

"But I'm definitely happy with where my game's at, relatively speaking, against the greatest player on this surface."

Comments
Topics mentioned in this article
Rafael Nadal Denis Shapovalov Tennis
Get the latest updates on ICC Women's Cricket World Cup 2022 and IPL 2022, check out the Schedule , Live Score and IPL Points Table. Like us on Facebook or follow us on Twitter for more sports updates. You can also download the NDTV Cricket app for Android or iOS.