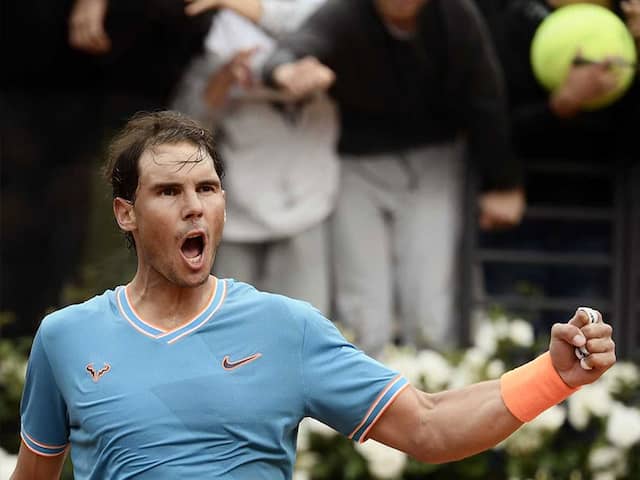 Defending champion Rafael Nadal swept past Greece's Stefanos Tsitsipas 6-3, 6-4 to advance to his first final on clay this season at the Italian Open on Saturday. The eight-time Rome winner had been stunned by Tsitsipas, seeded eighth, in the semi-finals at the Madrid Open last weekend. But the 32-year-old Spaniard was clinical on the red clay of the Foro Italico winning through in 1hr 42min to maintain his record of having not dropped a set this week.

Nadal next plays either world number one Novak Djokovic or Argentine Diego Schwartzman, who meet in the second semi-final.

Nadal, seeded second, was playing his fourth straight semi-final, but had not managed to go further on clay this season.

His run to the Rome final comes just a week before he starts his assault on a 12th French Open title at Roland Garros.