Roger Federer, who has won their last five encounters, including the 2017 Indian Wells final, said an in-form Stan Wawrinka is an opponent to be wary of. 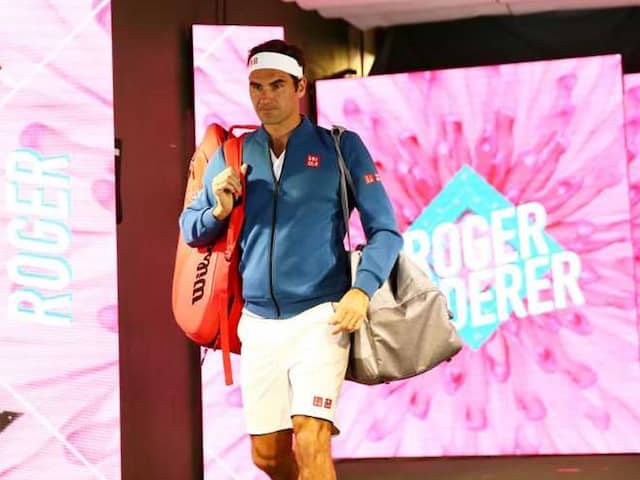 Roger Federer and Stan Wawrinka will fight for a fourth-round berth at Indian Wells.© AFP

Roger Federer has no doubt Stan Wawrinka will be back in the top 10 before long as his Swiss compatriot continues his climb back in the wake of knee surgery. Federer and Wawrinka, who won Olympic doubles gold in 2008 and a Davis Cup title in 2014, will fight for a fourth-round berth at the ATP Indian Wells Masters on Tuesday -- the 25th meeting in a rivalry that Federer has dominated. "Don't remind me of the stats," Wawrinka quipped after gutting out a 6-4, 6-7 (5/7), 7-5 second-round victory over Marton Fucsovics.

Wawrinka saved 21 of 25 break points he faced -- and converted 17 of 23 against Fucsovics.

The Swiss faced a dozen break points in the third set alone, including four at 6-5 as he tried to serve out the match.

Two games later he finally managed it as Fucsovics lofted a lob long.

"It was a tough battle, fighting, staying there physically, tennis-wise, mentally also," said Wawrinka, a three-time Grand Slam champion and former world number three who said it's the kind of match that will take his comeback to the next level.

"Those are the matches I know can help me to get some big results," said Wawrinka, who is currently ranked 40th in the world.

A match with Roger Federer is another one to relish, Wawrinka said, despite their lopsided record.

"He's the best player to ever play the sport," Wawrinka said. "I think it's great for me."

Federer, who has won their last five encounters -- including the 2017 Indian Wells final -- said an in-form Wawrinka is an opponent to be wary of.

"I know what he can do," Federer said. "He's got all the different options how to win points. He's a fighter and a winner.

Comments
Topics mentioned in this article
Roger Federer Stanislas Wawrinka Tennis
Get the latest Cricket news, check out the India cricket schedule, Cricket live score . Like us on Facebook or follow us on Twitter for more sports updates. You can also download the NDTV Cricket app for Android or iOS.