Venus Williams rallied from a set and two breaks down to topple third-seeded Petra Kvitova 4-6, 7-5, 6-4 at Indian Wells. 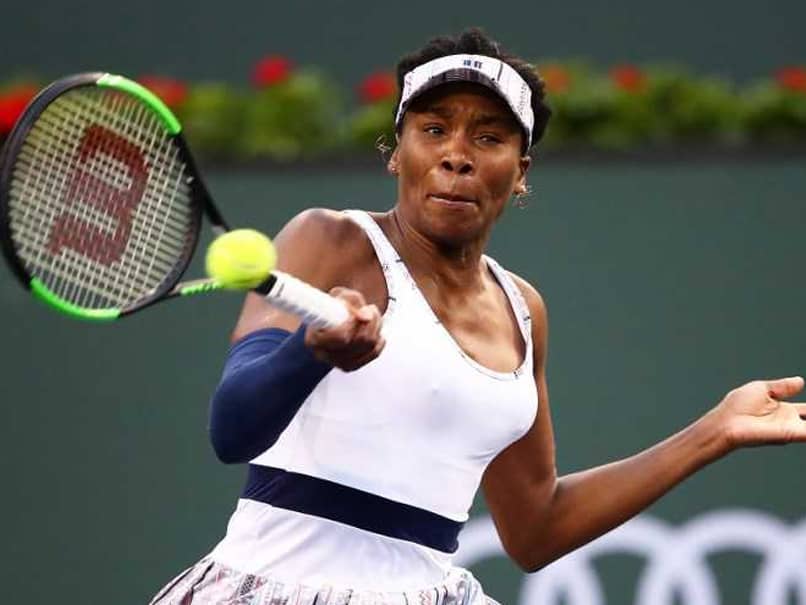 Seven-time Grand Slam champion Venus Williams rallied from a set and two breaks down to topple third-seeded Petra Kvitova 4-6, 7-5, 6-4 on Saturday and reach the third round at Indian Wells. "Today I just fought and tried my hardest," said Venus Williams, currently ranked 36th in the world. "Honestly, a double break is not ideal against a great server, especially a left-handed server. "A lot of it is just being in the moment. And I think I created some opportunities. I had some good points. I think she had a few tight points, and here we are."

Two-time Wimbledon champion Kvitova, who was runner-up to Naomi Osaka at the Australian Open in January, also reached the final in Dubai last month.

The Czech appeared to have taken control of the stadium court slugfest when she broke Venus Williams for a 4-3 lead in the third.

But Venus Williams immediately broke back and Kvitova soon found herself serving to save the match.

She took a 40-15 lead in the final game, but two double faults, followed by a lucky netcord bounce for Venus Williams gave the American a match point and Kvitova sailed a ball long to end matters after two hours and 27 minutes - sparking an ebullient celebration from Williams.

"Having to play down the whole match and to be able to get that," Venus Williams said of her emotion. "It was just a fun moment."

Venus Williams pulled off the unlikely comeback despite failing to produce a single ace although she said her varying serve speeds were "what I needed to do".

She was broken four times, but proved more consistent in the bruising baseline rallies.

Kvitova fired 10 aces, but also had 10 double faults and while the Czech fired 38 winners to Venus Williams' 15, her 56 unforced errors were more than double the American's 25.

"It was such a weird match," Kvitova said, calling it her worst of the year. "I took the first set. Suddenly I was leading in the second, but somehow I just gave her a chance again to be back in the match, and she took it.

"Suddenly, she just started to play better, I started to play worse ... I was so frustrated with myself from the half of the second set to the end, which shouldn't happen to me.

"I really played bad," she said, "and in the end of the match she definitely played better than me.

Dusk was arriving in the California desert when Venus Williams and Kvitova departed the court.

Eighth-seeded German Angelique Kerber eased into the third round with a 6-0, 6-2 victory over Kazakhstan's Yulia Putintseva.

Comments
Topics mentioned in this article
Venus Williams Petra Kvitova Tennis
Get the latest updates on IPL 2021, IPL Points Table , IPL Schedule 2021 , live score . Like us on Facebook or follow us on Twitter for more sports updates. You can also download the NDTV Cricket app for Android or iOS.