Sania Mirza and her cricketer husband Shoaib Malik got married in 2010. 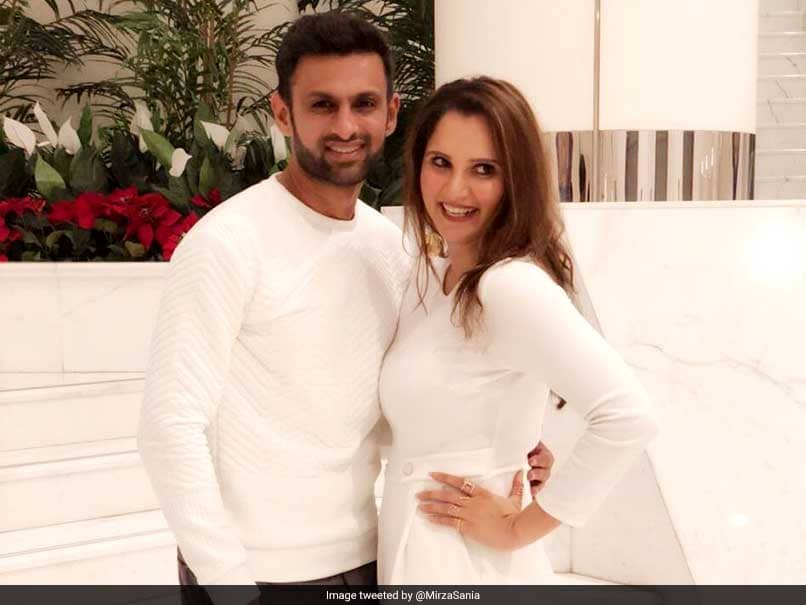 India is celebrating their 72nd Independence Day today and sportspersons have taken to social media greeting their fans with inspirational messages and quotes. Indian tennis star Sania Mirza on Wednesday also took to Twitter wishing the nation Independence Day. However, it was her reply to husband and Pakistan cricketer Shoaib Malik's message that caught everyone's attention in India and across the border. "Wishing Indians all over the globe (specially the one at home) a very #HappyIndepenceDayIndia", Shoaib Malik had captioned on Twitter to which Sania Mirza replied with an "Awe" message.

Sania has put her career on hold as she is expecting her first child with her husband Shoaib in October. The former doubles World No.1, who is aiming to be back on the court for the 2020 Tokyo Olympics, had said that she has always lived her life on her own terms and never followed the 'traditional women route' in her life. Sania is also a winner of six Grand Slam doubles titles, including the 2015 Wimbledon ladies' doubles with Martina Hingis. Sania and her cricketer husband Shoaib got married in 2010.

The day I won the first point for my country on international turf was the day I got freedom from my naysayers. That was #MyIndependenceDay. When was yours? @olacabs pic.twitter.com/CjluBqg8OI

Earlier in the day, Sania also posted a short video message revealing the time she got freedom. "The day I won the first point for my country on international turf was the day I got freedom from my naysayers. That was #MyIndependenceDay. When was yours?", she had posted on her official Twitter account.

Sania had undergone a knee surgery last year and her last competitive tennis appearance was in October 2017.

Comments
Topics mentioned in this article
Sania Mirza Shoaib Malik Tennis
Get the latest updates on IPL 2021, IPL Points Table , IPL Schedule 2021 , live score . Like us on Facebook or follow us on Twitter for more sports updates. You can also download the NDTV Cricket app for Android or iOS.