Sania at the recent 'Goa Fest 2018' had said that their child would keep surnames of both of them. 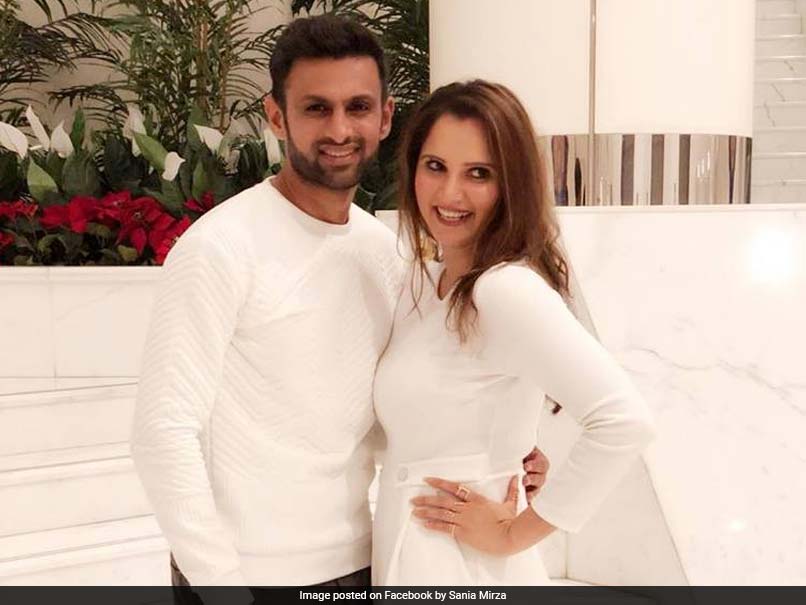 India's star tennis player Sania Mirza and her cricketer husband Shoaib Malik are expecting their first child, due in the month of October this year. The couple celebrated their eighth marriage anniversary a few days back on April 12. The 31-year-old Indian tennis superstar, who is out of action due to a jumper knee issue since October 2017, tweeted a picture suggesting that she is pregnant. Sania's father and coach Imran confirmed to news agency PTI that the six-time Grand Slam champion is indeed expecting a child. "Yes, it's true," Imran told PTI adding that the baby is due in October. At the start of the year, Sania had said that she was hoping to make a comeback to competitive tennis at the French Open.

Sania at the recent 'Goa Fest 2018' had said that their child would keep surnames of both of them.

"Today I will tell you a secret. My husband and I have spoken about it and we have decided that whenever we have a child, the child will have Mirza-Malik as a surname and not just Malik. So that's where we stand as a family including my husband. He actually wants a daughter," Sania had said.

Global superstar Serena Williams had won the 2017 Australian Open when she was few weeks pregnant with her daughter Alexix Olympia and returned to the WTA Tour last month.

Comments
Topics mentioned in this article
Sania Mirza Tennis Shoaib Malik Cricket
Get the latest updates on SA vs IND 2021-22, check out the Schedule and Live Score . Like us on Facebook or follow us on Twitter for more sports updates. You can also download the NDTV Cricket app for Android or iOS.