French Open: Novak Djokovic defeated Mikael Ymer 6-0, 6-2, 6-3 to march into the second round at Roland Garros. 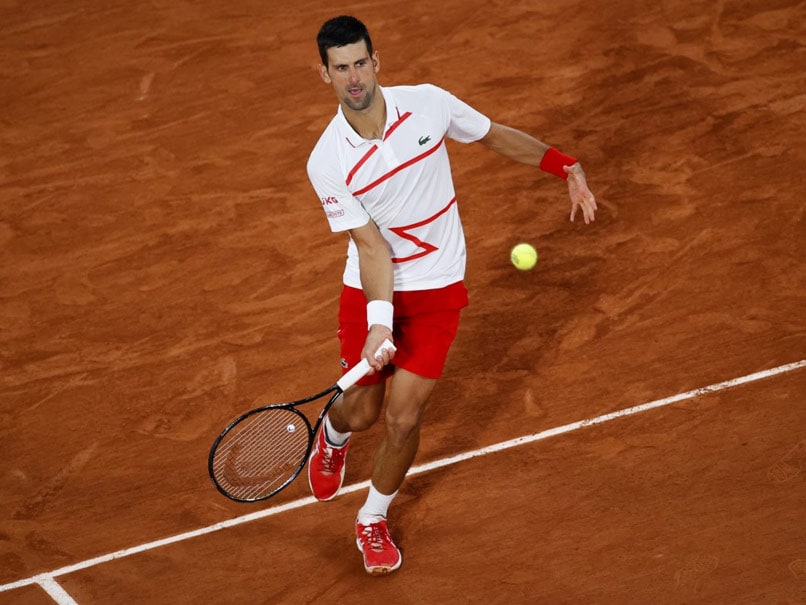 Novak Djokovic's bid to become the first man in half a century to win all four Grand Slam titles twice got off to a straightforward start Tuesday at Roland Garros as a 'double bounce' row prompted calls for video replays to be introduced in tennis. World number one Djokovic, returning to Grand Slam action for the first time since his US Open disqualification, eased past Sweden's Mikael Ymer, ranked 80, in straight sets 6-0, 6-2, 6-3. It was his 32nd win in 33 matches in 2020 and kept him on course for a second French Open title following his 2016 triumph, and 18th career major.

"It's always a pleasure to return to Paris on Philippe Chatrier, this important court. The atmosphere is a little different this year with few fans but I remain motivated to win the title," said Djokovic, only one of two men to have defeated 12-time champion Rafael Nadal in 15 years in Paris.

Djokovic, who suffered no immediate hangover from his US Open controversy by quickly wrapping up a record 36th Masters title in Rome on the eve of Roland Garros, next faces Lithuania's Ricardas Berankis.

The 33-year-old is in the second round for a record-equalling 16th time, matching Guillermo Vilas and Nadal.

Kristina Mladenovic called for a football-style VAR system to be introduced in tennis after her opponent profited from a double bounce to help knock the Frenchwoman out of her home Grand Slam.

Mladenovic was 5-1 up and with a set point against Laura Siegemund when the German scooped a winner despite the ball appearing to bounce twice. The incident was missed by chair umpire Eva Asderaki.

World number 44 Mladenovic pleaded in vain before Siegemund took full advantage, racing into the next round with a 7-5, 6-3 win.

"It would be great to have that," said Mladenovic when asked if video replays should be introduced.

"It'd be a pity to replace a human with a camera but to err is human. I don't see how the umpire could not see it. Unfortunately, she continues at Roland Garros but I do not."

"If in that call, I'm coming running full speed, if in that call I say, 'Oh, it was a double bounce,' and later I see on the video it was not, I would be angry at myself. So I think in that situation, that was a close call," she said.

"That's what the umpire is there for. I think she has better chances than me to see what has happened exactly."

Pliskova, a semi-finalist in 2017, squandered eight set points in the opener as world number 172 Sherif, the first Egyptian woman to play in the main draw at a Slam, took a shock lead.

"I think she was playing very smart today. Of course she had a lot of confidence just winning three matches from quallies," said Pliskova of her 24-year-old opponent. "She had nothing to lose."

Latvia's Ostapenko, the world 43, won her first match at the French Open since sweeping to her shock 2017 title when she fired 46 winners past Madison Brengle of the United States to win 6-2, 6-1.

"After I won here it was a tough time. I had to get used to the pressure but now it's all gone," said the 23-year-old Ostapenko.

Australian Open champion Sofia Kenin recovered from a break down in the final set to defeat 125th-ranked Russian Liudmila Samsonova 6-4, 3-6, 6-3.

Fourth seed Kenin, who dumped out Serena Williams in Paris a year ago, fought back from 2-0 down in the decider to advance to a second-round tie against Romania's Ana Bogdan.

Rublev has yet to win a match at Roland Garros in two visits following a loss in qualifying in 2016 and a first round exit in 2017.

The left-hander leapt into the top 10 for the first time earlier this month and made the quarter-finals of the US Open and last eight in Rome.

However, Shapovalov, 21, has just one career win at Roland Garros.

Novak Djokovic Tennis Kristina Mladenovic Karolina Pliskova Laura Siegemund
Get the latest updates on ICC T20 Worldcup 2022, check out the Schedule and Live Score. Like us on Facebook or follow us on Twitter for more sports updates. You can also download the NDTV Cricket app for Android or iOS.