Denis Shapovalov, regarded as one of the brightest stars on the ATP Tour and ranked at 43 in the world, fired 29 winners past Kyle Edmund. 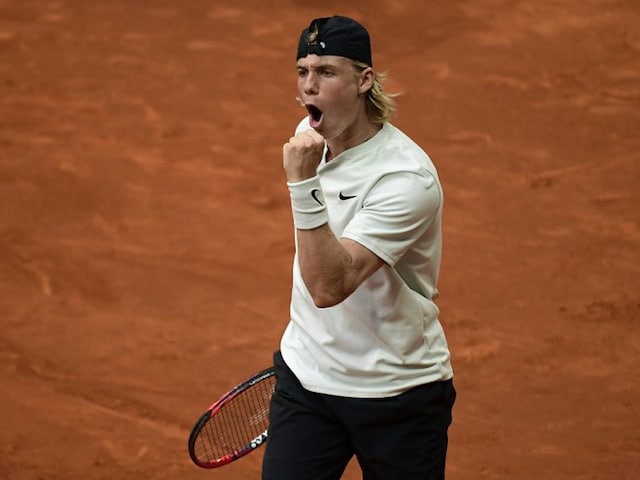 Canada's Denis Shapovalov on Friday became the youngest player to reach the Madrid Open semi-finals with a 7-5, 6-7 (6/8) 6-4 win over Britain's Kyle Edmund. The 19-year-old Shapovalov, regarded as one of the brightest stars on the ATP Tour and ranked at 43 in the world, fired 29 winners past Edmund, a surprise semi-finalist at the Australian Open in January. Shapovalov, who had never won a clay-court match on the main tour before Madrid, will be playing in his second Masters semi-final where he will on Saturday face either John Isner or Alexander Zverev.

Kvitova, the 2011 and 2015 champion in the Spanish capital, also stretched her current winning run to 10 matches.

The left-handed 10th seed will face Kiki Bertens of the Netherlands, who knocked out Caroline Garcia of France 6-2, 6-2, in Saturday's final.

Rafael Nadal suffered his first clay-court defeat in almost a year when the world number one was shocked 7-5, 6-3 by Austria's Dominic Thiem in the Madrid Masters quarter-finals on Friday.

Defending champion Nadal, who came into the tournament having won both Monte Carlo and Barcelona for an 11th time, also saw his record 50-set winning streak on clay ended by the fifth-seeded Thiem.

Thiem, the runner-up to the great Spaniard in the 2017 Madrid final, had been the last player to defeat Nadal on clay at the 2017 Italian Open in Rome -- 357 days ago.

The shock result on Friday also means that Roger Federer will reclaim the world number one ranking on Monday.

Comments
Topics mentioned in this article
Rafael Nadal Petra Kvitova Tennis
Get the latest Cricket news, check out the India cricket schedule, Cricket live score . Like us on Facebook or follow us on Twitter for more sports updates. You can also download the NDTV Cricket app for Android or iOS.