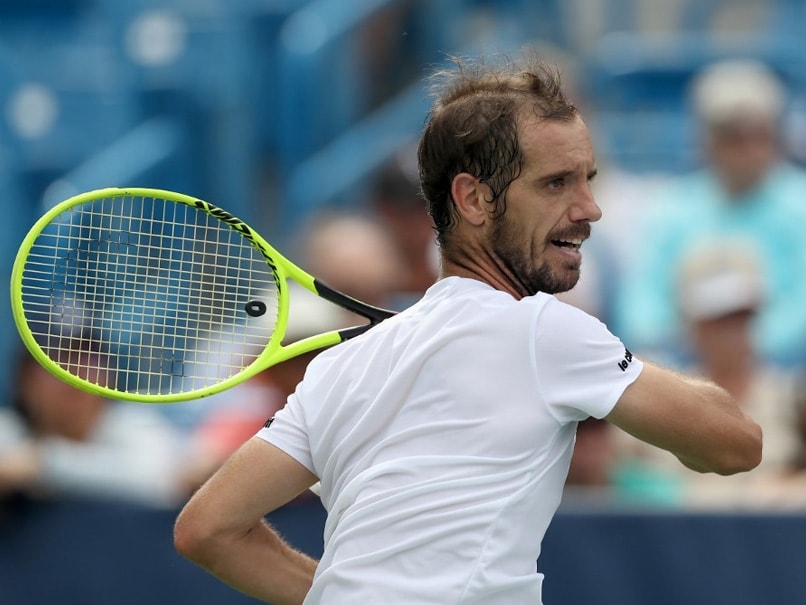 Richard Gasquet was struggling to see how this year's US Open could be played.© AFP

Former US Open semi-finalist Richard Gasquet said Friday he was struggling to see how this year's tournament in New York could be played given the restrictions imposed due to the coronavirus pandemic. The tennis season has been on hold since mid-March, with Roland Garros postponed and Wimbledon cancelled. The US Open is still scheduled to go ahead, with the main draw starting on August 31, despite New York being the epicentre of the virus outbreak in the United States.

"I find it hard to see for the US Open, everything is unclear. Nobody knows, it's difficult to imagine the US Open being held," Gasquet told AFP ahead of the start of the Ultimate Tennis Showdown, taking place close to Nice.

The ATP, which organises the men's tour, held a video conference with players on Wednesday to discuss tentative plans for the second half of a season that has been suspended until at least the end of July.

"Nothing came out of it," said Gasquet, who reached the last four at Flushing Meadows in 2013.

"But there's still two months to go. Nobody can be sure. The (proposed) conditions are difficult, but it's feasible. Anything is possible."

World number one Novak Djokovic last week described the strict hygiene restrictions under which the US Open is likely to be played as "extreme" and "really impossible".

Players would be restricted to their hotels near the tournament venue with only one member of their support staff allowed.

"You arrive over there, you go to the hotel, you stay in your hotel room. There's no doubt about that. It's normal, it's to protect yourself and others, so you don't do anything," said Gasquet, adding he most feared the arrival of players from regions where the virus is still circulating at a high rate.

Comments
Topics mentioned in this article
Richard Gasquet Tennis
Get the latest updates on Olympics 2020, Olympics 2020 Medal Tally , Live Cricket Score . Like us on Facebook or follow us on Twitter for more sports updates. You can also download the NDTV Cricket app for Android or iOS.