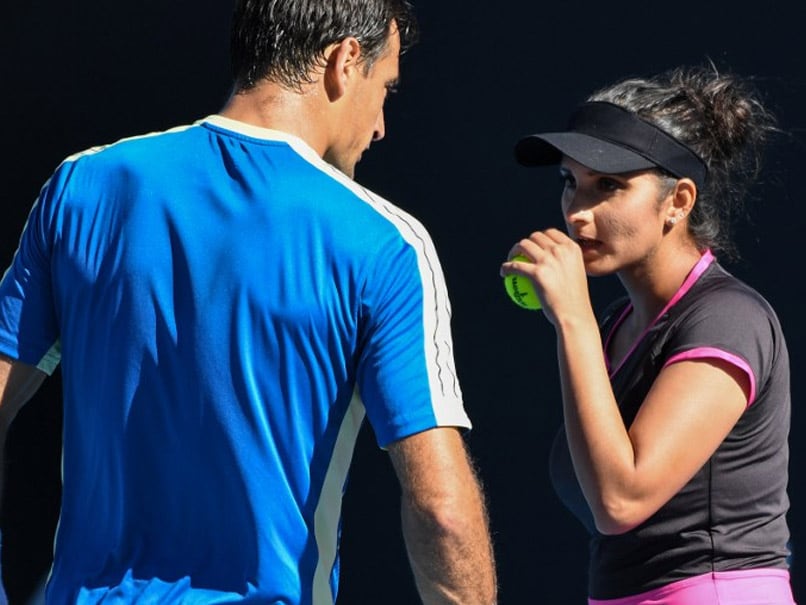 Sania Mirza and Crotian partner Ivan Dodig came back from nowhere to beat Rohan Bopanna and Canada's Gabriela Dabrowski, who wasted as many as four match point chances, to enter the mixed doubles semifinals of the Australian Open at Melbourne Park on Wednesday. The second seeds took an hour and seven minutes to win 6-4, 3-6, 12-10 in the last-eight clash on Show Court 3. They will take on either Indo-Swiss duo of Leander Paes and Martina Hingis or Australian pair of Samantha Stosur and Sam Groth for a place in the final.

Mirza and Dodig took off well to get the one break needed in the first set, which was enough for them to clinch the set and take the lead in the match.

Bopanna and Dabrowski, however, fought back well to reverse the trend in the second set to get the break, which was enough for them to level the match.

In the super tie-break, the unseeded Indo-Canadian pair raced away to have three match point chances at 9-6. Mirza and Dodig somehow managed to level it at 9-all. Bopanna and Dabrowski again took the lead at 10-9 but Mirza and Dodig had had enough and clinched the next three points to win the set and match with a forehand smash unforced error from Bopanna/Dabrowski.

With this defeat, Bopanna's campaign has ended at the first Grand Slam of the season. He had lost in the men's doubles second round with new partner Pablo Cuevas.

Sania had also lost in the women's doubles pre-quarterfinals with Barbora Strycova but is still alive for her overall seventh and fourth mixed doubles Grand Slam title.

Comments
Topics mentioned in this article
Tennis Sania Mirza Ivan Dodig Rohan Bopanna Gabriela Dabrowski
Get the latest updates on IPL Auction 2023 and check out  IPL 2023 and Live Cricket Score. Like us on Facebook or follow us on Twitter for more sports updates. You can also download the NDTV Cricket app for Android or iOS.