Roberto Bautista Agut will face Stefanos Tsitsipas for a place in the semifinals. 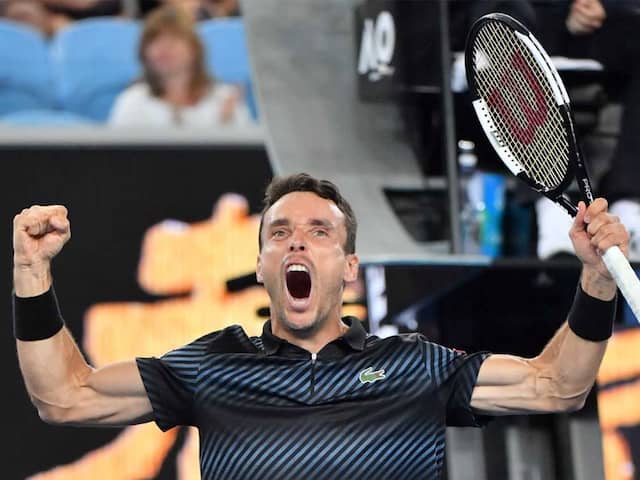 Roberto Bautista Agut came through a third Australian Open five-setter on Sunday to knock out 2018 finalist and sixth seed Marin Cilic in the fourth round. The in-form Spanish 22nd seed will play in his first Grand Slam quarterfinal after winning 6-7 (6/8), 6-3, 6-2, 4-6, 6-4 in two minutes under four hours on Margaret Court Arena. Bautista Agut began his season by beating Novak Djokovic en route to the Doha title and now faces Stefanos Tsitsipas for a place in the semifinals after the young Greek star upset defending champion Roger Federer.

"I won really good matches. I had to fight so hard to stay very focussed.

"It's been a great month for me and for my tennis."

He began his Australian Open campaign with an epic five-set win over Andy Murray, in what could be the three-time Grand Slam winner's last match because of a chronic hip injury.

His second round match against Australian John Millman also went the full distance before a straight-sets third round win against 10th-seeded Russian Karen Khachanov.

On Sunday he ended Croat Cilic's hopes of a repeat match-up against Federer in the quarterfinals after losing to the Swiss master in five sets in last year's final.

At the Rod Laver Arena, young Stefanos Tsitsipas signalled a changing of the guard at the top of world tennis as he shocked defending champion Roger Federer.

Tsitsipas, seeded 14, became the first Greek in history to reach the quarterfinals of a Slam.

Comments
Topics mentioned in this article
Roberto Bautista Agut Marin Cilic Roger Federer Tennis
Get the latest Cricket news, check out the India cricket schedule, Cricket live score . Like us on Facebook or follow us on Twitter for more sports updates. You can also download the NDTV Cricket app for Android or iOS.