Nadal had recently lost to Novak Djokovic in the second-longest Wimbledon semi-final ever played. 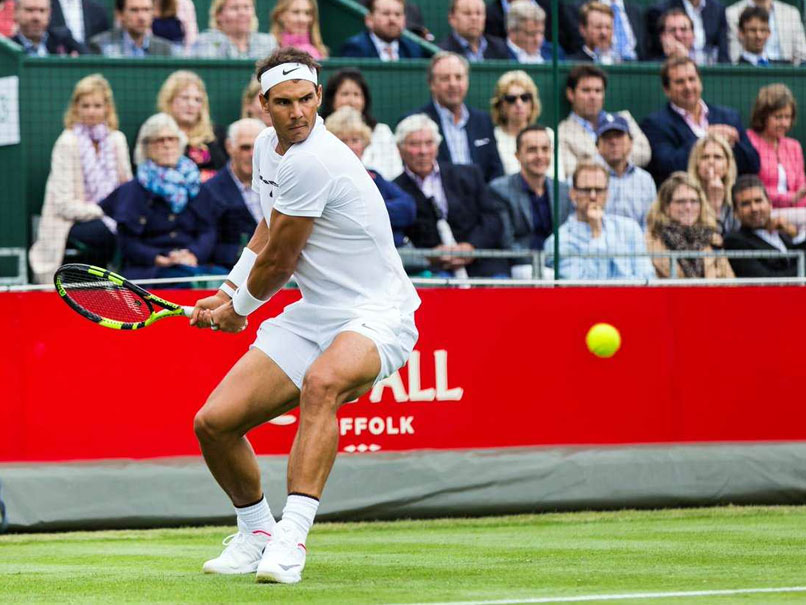 Spain's Rafael Nadal maintained his lead in the men's Association of Tennis Professionals world singles rankings released on Monday with 9,310 average points, ahead of Switzerland's Roger Federer. Nadalhad recently lost to Novak Djokovic in the second-longest Wimbledon semi-final ever played. Top-10 players are holding on to their positions except for South Africa's Kevin Anderson who dropped to the sixth, elevating Bulgaria's Grigor Dimitrov to the fifth spot, reports Efe. Further down the rankings, Martin Klizan of Slovakia rocketed 35 places to World No. 77, thanks to winning the Generali Open in Kitzbuhel, Austria, while Australian Alex de Minaur jumped 27 positions to the 45th for being a runner-up in the Washington Open.

The current top-10 ATP rankings and point scores are as follows:

Last month, the 17-time Grand Slam champion presented a new tournament bearing his name: the Rafa Nadal Open, part of the ATP Challenger tour, to be held in his home city Manacor on the island of Mallorca from August 25 to September 2, reports Efe. "My goal has never been to win everything," Nadal said, insisting he prefers "to be competitive every week, and if I win, all the better".

Nadal said it was "an exceptional circumstance" that he has remained on top of the tennis world after turning 30, alongside Swiss legend Roger Federer, 36, and Serbian great Novak Djokovic, 31.

Comments
Topics mentioned in this article
Rafael Nadal Roger Federer Alexander Zverev Kevin Anderson Tennis
Get the latest updates on India vs South Africa and check out  Schedule, Results and Live Score. Like us on Facebook or follow us on Twitter for more sports updates. You can also download the NDTV Cricket app for Android or iOS.