After several memes were made on Ravichandran Ashwin's gesture, the off-spinner took to Twitter to reveal what he was actually doing. 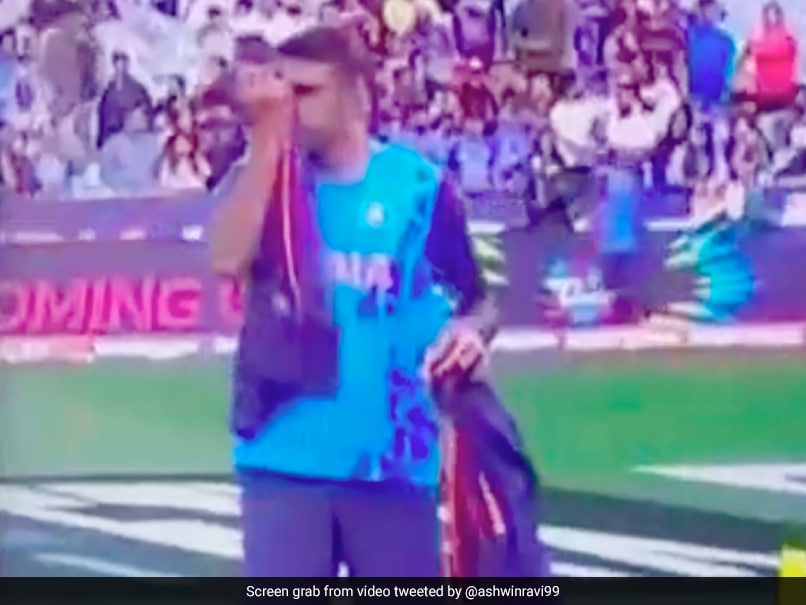 Ravichandran Ashwin has reacted after a video of him smelling team jerseys during the toss of the match between India and Zimbabwe last week went viral on social media. While Rohit Sharma was speaking to Ian Bishop during the toss, the camera also spotted Ashwin in the background, smelling two jerseys before picking up one and throwing the other on the ground. After several memes were made on Ashwin's gesture, the off-spinner took to Twitter to reveal what he was actually doing.

"Checked for the sizes to differentiate! Checked if it was initialed. Finally, checked for the perfume i use. Adei cameraman," Ashwin tweeted.

Ashwin returned figures of 3 for 22 in his four overs against Zimbabwe, while he didn't get the opportunity to bat in the game.

Talking about the match in detail, India defeated Zimbabwe by 71 runs at the Melbourne Cricket Ground on Sunday to set up a semi-final clash with England. Defending 186 for 5, India bundled out Zimbabwe for 115 runs in 17.2 overs as Ashwin starred with the ball.

Earlier, Suryakumar Yadav an unbeaten 61 25 balls, while KL Rahul helped the team's cause with a 35-ball 51 as India posted a total of 186 for 5 against Zimbabwe.

Meanwhile, Sean Williams was the pick of the bowlers for Zimbabwe for returning figures of 2 for 9 in two overs.

Rohit had initially won the toss and opted to bat first in the game.

India face England in the second semi-final match of the ongoing T20 World Cup at the Adelaide Oval on Thursday.

Rohit Sharma Zimbabwe vs India, Super 12 - Match 30 ICC T20 World Cup 2022
Get the latest updates on IPL Auction 2023 and check out  IPL 2023 and Live Cricket Score. Like us on Facebook or follow us on Twitter for more sports updates. You can also download the NDTV Cricket app for Android or iOS.