Pakistan's right-arm pacer Haris Rauf turned 29 on Monday. His teammates celebrated his birthday but not before Shadab Khan and Shaheen Afridi played a prank on him 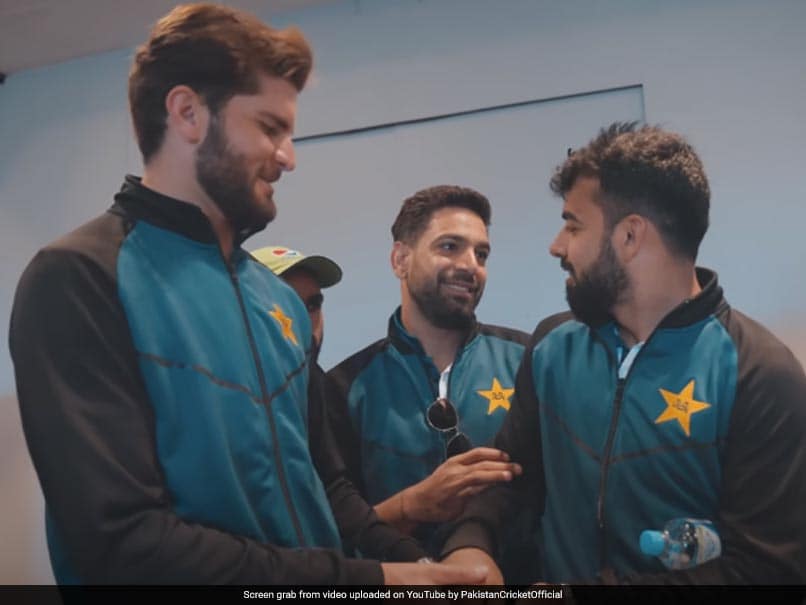 Pakistan's right-arm pacer Haris Rauf turned 29 on Monday. His teammates celebrated his birthday but not before Shadab Khan and Shaheen Afridi played a prank on him. When the cakes for Rauf's birthday were put on the table, the duo of Shadab and Shaheen jokingly posed with the knife to cut the cake. The teammates too started clapping before Rauf shouted from behind that it was his birthday and gestured that he should be given the knife. Shadab and Shaheen eventually agreed to hand the knife to Rauf, who then put his sunglasses on and cut the cake.

Pakistan miraculously entered the semi-finals of the ongoing T20 World Cup in Australia. The side lost its first two games to India and Zimbabwe and was almost knocked out of the competition, but South Africa's shocking loss to Netherlands towards the end of the Super 12 stage opened doors for the 2009 champions.

Pakistan's last match against Bangladesh in Group 2 then became a virtual quarter-final and the side won it by five wickets.

Mohammad Haris played a quickfire knock of 31 in just 12 balls helping Pakistan defeat Bangladesh to seal a spot in the semi-finals. Pakistan joined India, New Zealand and England in the final-four.

The side will be facing New Zealand in the first semi-final of the tournament at the Sydney Cricket Ground on October 9, Wednesday.

Shaheen Afridi ICC T20 World Cup 2022 Cricket
Get the latest updates on IPL Auction 2023 and check out  IPL 2023 and Live Cricket Score. Like us on Facebook or follow us on Twitter for more sports updates. You can also download the NDTV Cricket app for Android or iOS.