Professional boxer turned WWE superstar Tyson Fury said that he can take down Brock Lesnar in 30 seconds, whether in a WWE match or in a proper fight. 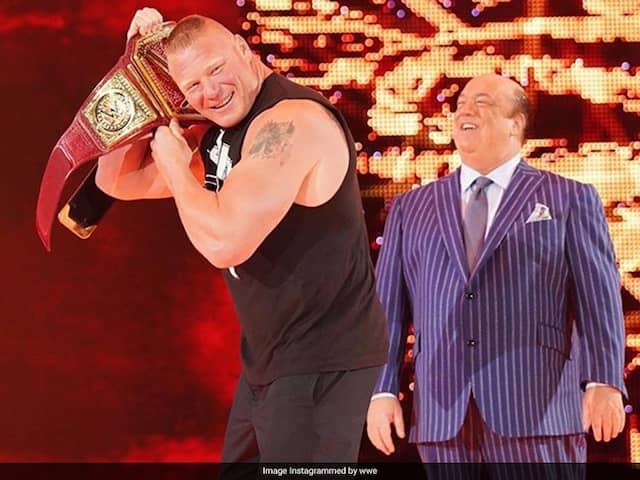 Brock Lesnar, the current defending World Wrestling Entertainment (WWE) champion, has been called out by professional boxer turned WWE superstar, Tyson Fury. Tyson Fury recently made his WWE debut at the "Crown Jewel" pay-per-view when he successfully defeated Braun Strowman. Fury landed a knock out punch to pick up the victory over Strowman in Saudi Arabia. The 31-year-old has not been seen in the ring after his encounter with Strowman last month. Fury, who is looking for a transition to Ultimate Fighting Championship (UFC) said that he wants to face the former UFC champion Lesnar before making a move from WWE.

"I watched a few of his fights. (He's) pretty handy, but I can flatten him. In a WWE match or in a proper fight, I can flatten Brock Lesnar in 30 seconds," Tyson Fury was quoted as saying by The Sun.

In the WWE arena, Brock Lesnar successfully defended his WWE championship title against Rey Mysterio at the Survivor Series on Sunday.

At Survivor Series, Universal Champion, Bray Wyatt, also managed to defend his title against former champion Daniel Bryan. Wyatt pinned Bryan in the middle of the ring to get the win.

In the women's division, NXT champion, Shayna Baszler shocked everyone as managed to edge past Raw champion Becky Lynch and SmackDown's Bayley.