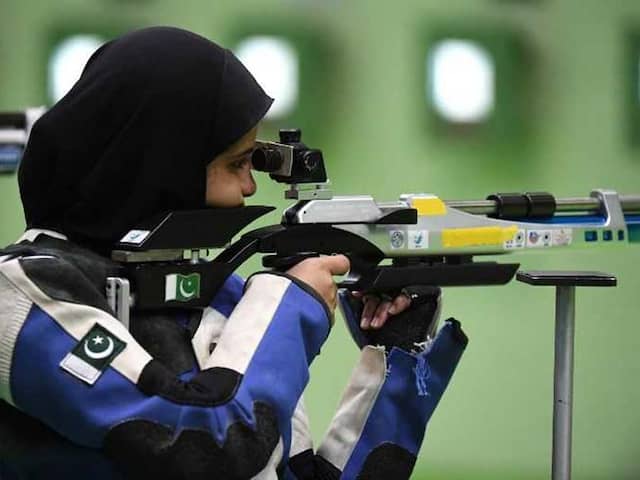 One coach and two Pakistani rifle shooters are expected to arrive on February 20.© AFP

Secretary of National Rifle Association of India (NRAI) Rajiv Bhatia on Monday confirmed that India would be granting visa to the Pakistani players to participate in the forthcoming Shooting World Cup, scheduled to be held in Delhi later this month. Bhatia said that the Indian Home Ministry has approved their visa and forwarded it to the High Commission and Islamabad.

"Home Ministry has given its approval and it has been now forwarded to High Commission and Islamabad. On Friday, I got a call from the Indian High Commission and they confirmed the names of the shooters again and hopefully today the Visa will be granted," Bhatia said.

The secretary further informed that one coach and two Pakistani rifle shooters are expected to arrive on February 20 and asserted that Home Ministry is in no denial on their visa.

Shooting World Cup 2019 is slated to be held from February 20 to 28 in New Delhi. The tournament holds significance as there are 16 Tokyo 2020 Olympics quota places up for grabs.

At least 40 Central Reserve Police Force (CRPF) personnel were killed on Thursday after a car loaded with explosives rammed into a bus carrying the soldiers in the Pulwama district of Jammu and Kashmir.

Pakistan-based terrorist group Jaish-e-Mohammed has claimed responsibility for the attack.