Most At Tokyo Olympic Village To Be Vaccinated By Games, Says IOC Chief Thomas Bach

International Olympic Committee chief Thomas Bach said as many as 75 percent of the residents of the Olympic village are already vaccinated or have secured vaccination in time before the Olympic Games. 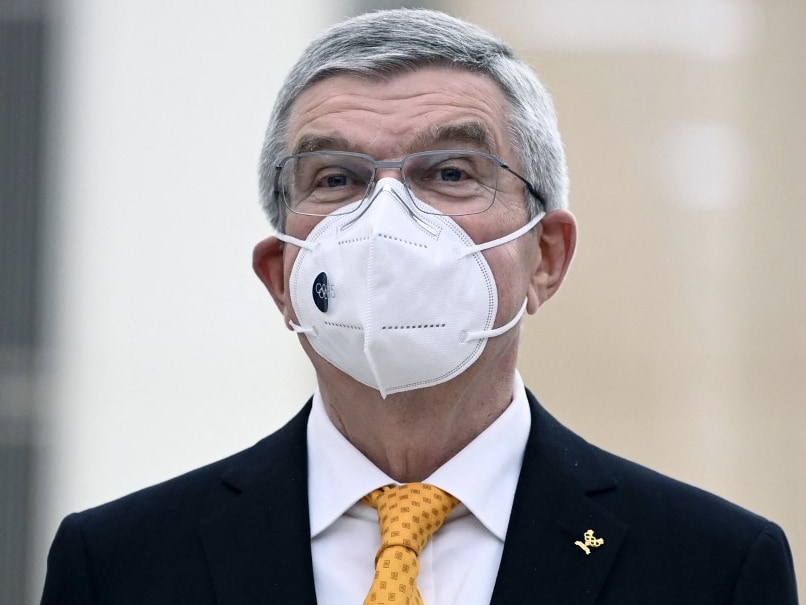 Thomas Bach said IOC is eyeing to vaccinate over 80 percent of residents at Olympic village by the games.© AFP

At least three-quarters of athletes and team members staying at Tokyo's Olympic village will be vaccinated by the Games, International Olympic Committee chief Thomas Bach announced Wednesday. "At this moment, already as many as 75 percent of the residents of the Olympic village are already vaccinated or have secured vaccination in time before the Olympic Games," he said at a meeting of Olympic officials. "But our efforts do not stop there. We have good reasons to believe that this figure will be well above 80 percent," he added, speaking at a coordination commission meeting of Olympic and Japanese officials.

Bach also said the IOC was willing to bring extra medical personnel to the Games, as organisers face controversy in Japan about whether the event will further stretch the country's healthcare system during the pandemic.

"The IOC has offered to the organising committee to have additional medical personnel as part of the NOC (National Olympic Committee) delegations," Bach said.

The additional personnel would "support the medical operations and the strict implementation of the COVID-19 countermeasures in the Olympic Village and the Olympic venues," he added.

He gave no details on how many people could be involved, but the offer appeared intended to address persistent criticism that Japan's medical facilities cannot cope with additional pressure created by the Games.

Tokyo 2020 chief Seiko Hashimoto said organisers would accept the offer, adding that vaccination of participants "would be a great help towards delivering a safe and secure Games".

Japan is battling a new wave of coronavirus infections and its own vaccine rollout has been criticised as slow.

But Games organisers say strict countermeasures, including the first-ever ban on overseas spectators, will ensure the event is safe.