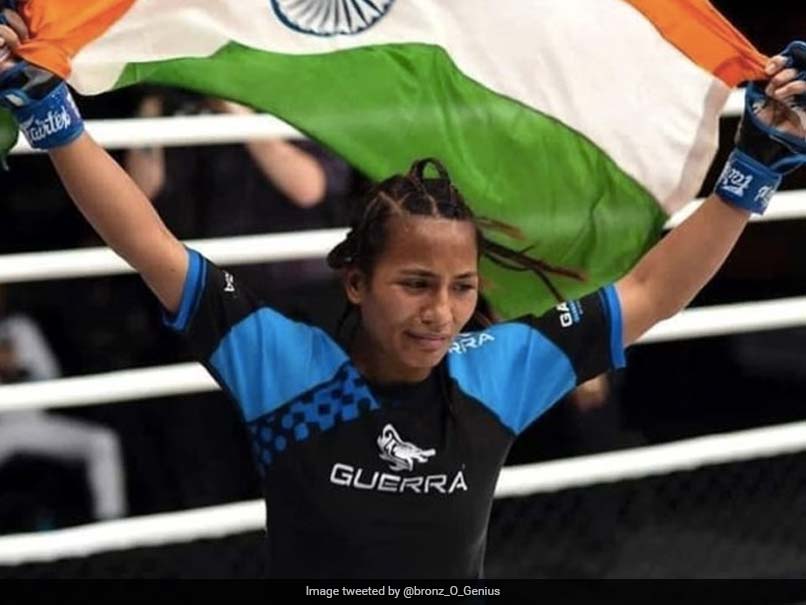 Manipur's Laishram Surbala Devi has become the first Indian Mixed Martial Arts (MMA) fighter to win Gold at the Global Association of Mixed Martial Arts (GAMMA) World Championship 2021 held in March 2022 at Amsterdam. Her victory has scripted a new chapter in the history of Indian MMA. Surbala defeated Tomiris Zhussupova of Kazakhstan in the finals via decision and bagged the gold in the GAMMA championship.

GAMMA is the global governing body for MMA, encompassing men, women, and youth participation and competition.

In a conversation with ANI, the Champion said, "I am very happy and excited after winning the championship. This was possible because of my parents. They made so many sacrifices for them even though they did not have much money. Even when I was training in Bangalore, they helped me out with expenses for the rent, gym and supplements as fees from MMA classes I give is not enough. I am also thankful to the Gurus who have inspired and supported me."

However, Surbala's journey to the Gold was not easy. In 2019 during a World Championship match in Bahrain, she sustained a knee injury that kept her out of action for two years.

"I was injured in the first round of the match but competed for nine minutes. It was a very hard phase of my life, I had gone into depression because of my injury as I love the game so much. I had to do rehab for seven months. I had surgery and had to take a two-year-long break. This fight I had was me restarting my career and now I am a world champion," she added.

She was born to L Chandra Singh and L Ongbi Anita Devi as the second child among three siblings. Her father is a retired lab technician and her mother is a part-time weaver.

Surbala was inspired by the legendary boxer of Manipur Ngangom Dingko Singh. The newly-crowned champion was not always an MMA fighter. Kickstarting her career as a kickboxer in 2010, the sport only caught her interest in 2018 thanks to an MMA fighter from her state.

During her eight years' career of kickboxing, she had bagged the title of the world championship in the WKF K1 Kickboxing Woman Amateur World Championship, 2018, she also bagged numerous medals at the national and international levels.

Now, Surbala aims to progress further in her career by turning to a professional MMA fighter from her current Amateur status, competing in World Championships and reaching the big stomping grounds of the Ultimate Fighting Championship (UFC).

"I would also like to help the players who want to play, but have no resources, no money, no supplements and have no idea on how to enter this sport. It is just the start of my career" she added.

The state government has done a lot for uplifting sportspersons of Manipur as the maximum of the players comes from financially weaker sections, she said.

The gold medallist, however, draws the attention of the state government to give more emphasis in games and sports as there are many who have great potential but are not getting the opportunity to explore due to financial issues.

In a word of encouragement to the youths of Manipur, Surbala said: "Do not waste your time. Seek proper advice from your mentors. Give your full effort in your track whether it may be arts, sports, education or any. It will automatically lead to success".