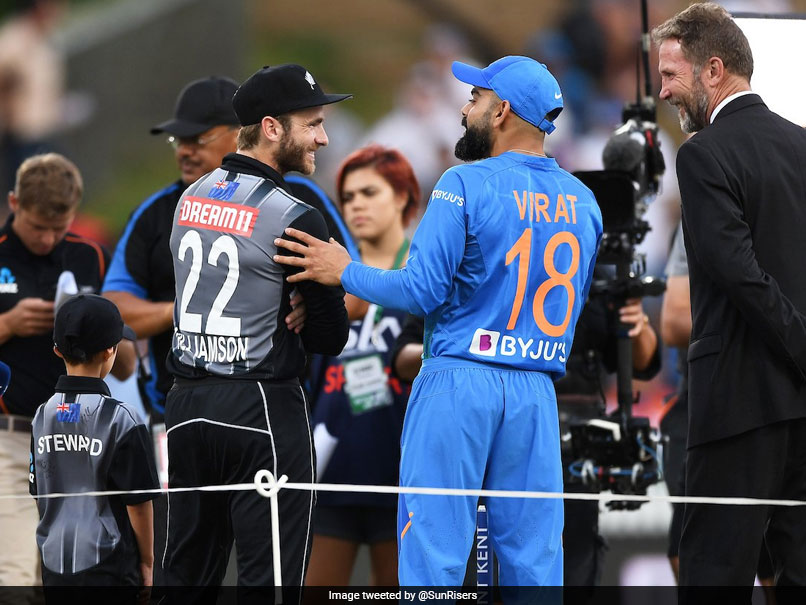 Virat Kohli backed Kane Williamson's captaincy after India registered a historic 5-0 clean sweep in the five-match T20 International series against New Zealand on Sunday. Before India T20Is, New Zealand suffered a humiliating 0-3 defeat to trans-Tasman rivals Australia in a three-match Test series. While many fans and cricket experts criticised Kane Williamson's captaincy and the New Zealand authorities set up a review, Indian skipper Virat Kohli came in support of the New Zealander, saying the two have a "similar mindset".

"Kane and me have similar mindsets, similar philosophies. It is amazing that despite being from different parts of the world, we have similar thinkings and we speak the same language," Virat Kohli said at the post-match presentation.

"Despite what the scoreline suggests, I feel that New Zealand cricket is in the best hands and he is the right guy to lead this team. He is the perfect, perfect man to lead them and I wish the best of luck and power to lead this side in the future," he added.

This is for the first time when India won a T20I series 5-0. However, the Indian captain believes that, "they are a side everyone loves to watch and play against".

Before the start of the T20I series, Williamson had hinted that he is open to stepping aside as New Zealand captain if such a move serves the team better.

"For me it's always been about what is the best for the team. If those discussions are to eventuate and collectively there is a thought that it will be best for the team, then my stance is whatever right and fits the group," Williamson said, as quoted by PTI.

"So, I'm open to whatever is good for the group and to move the team in those directions. And you want to be making good decisions. Once again, not just a personal thing but a team thing," he added.

Captain Kohli was rested for the fifth and final T20I at the Bay Oval in Mount Maunganui, which India won by seven wickets under the leadership of KL Rahul after stand-in skipper Rohit Sharma retired hurt during his knock of 60.

Kane Williamson Cricket New Zealand vs India, 5th T20I New Zealand vs India, 2020
Get the latest updates on India vs South Africa and check out  Schedule, Results and Live Score. Like us on Facebook or follow us on Twitter for more sports updates. You can also download the NDTV Cricket app for Android or iOS.