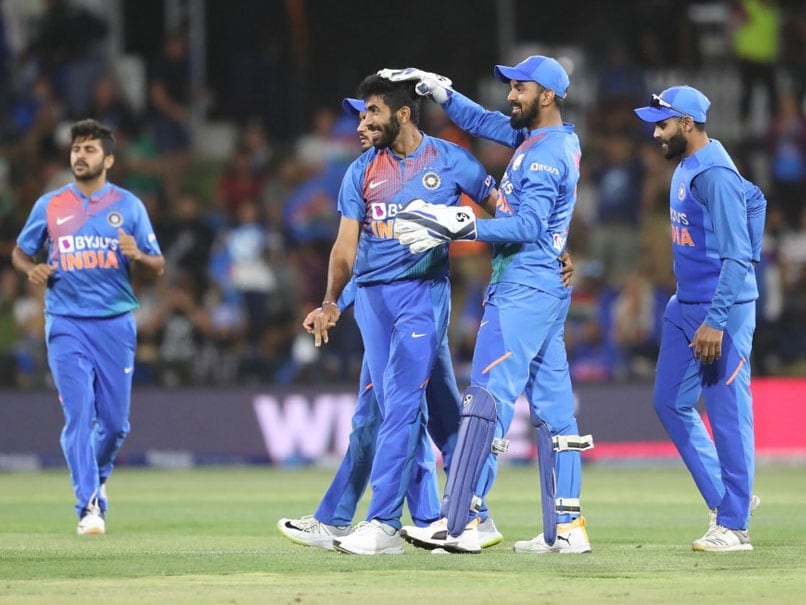 NZ vs IND T20I Cricket Score: Jasprit Bumrah was back to his best with three wickets for 12 runs.© AFP

India beat New Zealand by seven runs in the fifth T20I at the Bay Oval in Mount Maunganui to become the first team to win a bilateral T20I series with a 5-0 margin. Jasprit Bumrah roared back to form with India defending 164, picking up three wickets for just 12 runs. Navdeep Saini and Shardul Thakur picked up two wickets each as New Zealand fell short of target. After losing opener Sanju Samson early, KL Rahul and Rohit Sharma put on an 88-run stand but after Rahul's dismissal and Rohit's calf injury, India lost momentum and finished with 163 when at one point, a total of 180 or more looked within reach. India started brilliantly, with New Zealand reduced to 17/3. But Tim Seifert and Ross Taylor went on to put up a 99-run stand and almost took the game away from India. But then Saini struck to remove Seifert, and then New Zealand suffered a mini-collapse, going from 116/4 to 133/8. Ish Sodhi hit a couple of maximums off the final over to give India a scare, but the visitors held on to their nerves and secured the 5-0 series clean sweep. (SCORECARD)

New Zealand Cricket Team Live Score Live Cricket Score Live Blogs Cricket
Get the latest updates on IPL 2021, IPL Points Table , IPL Schedule 2021 , live score . Like us on Facebook or follow us on Twitter for more sports updates. You can also download the NDTV Cricket app for Android or iOS.