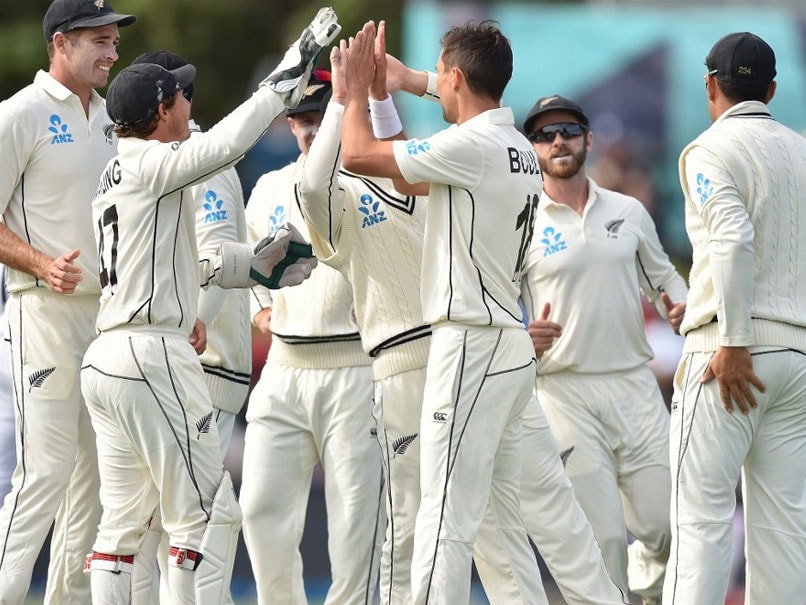 New Zealand fast bowlers, spearheaded by Trent Boult, ripped through India's batting line-up, reducing the visitors to 90/6 at stumps on Day 2 of the second Test on Sunday. After taking a seven-run lead, India lost three quick wickets with Prithvi Shaw, Mayank Agarwal and skipper Virat Kohli all departing cheaply. Cheteshwar Pujara and Ajinkya Rahane held crease for a while but New Zealand bowlers tested both of them with a barrage of short-pitch deliveries. While Pujara was happy shouldering arms, Rahane tried to take them on, without much success. In the end, he dragged a slower short ball onto his stumps and fell on nine runs. Pujara got out to a Trent Boult's peach of a delivery bowled wide off the crease. After coming in with the angle, the ball nipped back in late to rattle his off stump. Nightwatchman Umesh Yadav also got out to a similar delivery. At stumps Hanuma Vihari was batting on five with Rishabh Pant unbeaten on one. Earlier, a solid 51-run stand between Kyle Jamieson and Neil Wagner helped New Zealand close down on India's first innings total. New Zealand were bowled out for 235 runs, giving India a lead of seven runs at tea. (SCORECARD)