1st Test Day 4 Highlights: New Zealand took just 10 deliveries to chase down the 9-run target as they go 1-0 up in the two-Test series. 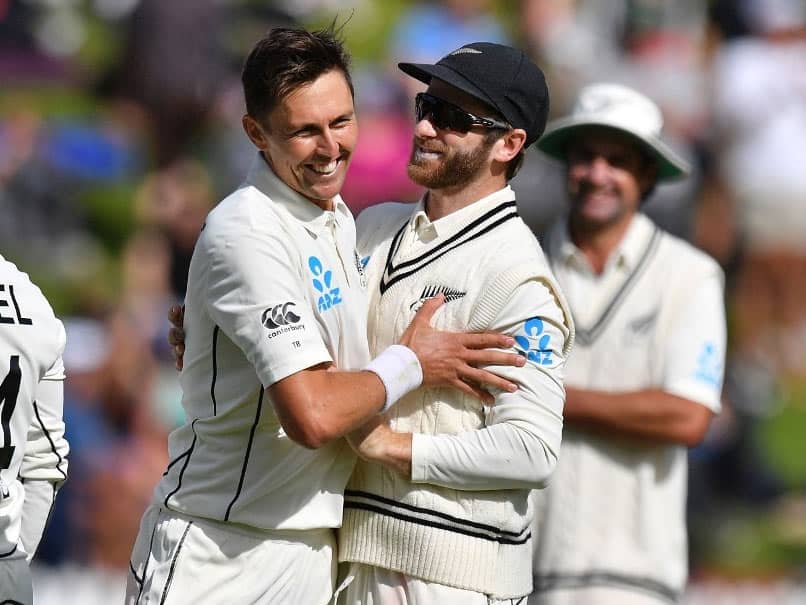 New Zealand defeated India by 10 wickets to go 1-0 up in the two-Test series in Wellington on Monday. Tom Latham and Tom Blundell took just 10 deliveries to chase down the 9-run target as New Zealand registered their 100th Test win. Earlier, Tim Southee was the pick of the bowlers for New Zealand. He picked up his 10th five-wicket haul in Tests as India were bowled out for 191 in the second innings. Mayank Agarwal top-scored for India in the second innings with a knock of 58. Both teams will now travel to Christchurch for the second and final Test. (SCORECARD)

Trent Boult Live Blogs
Get the latest updates on India vs Australia Series, check out the India vs Australia Schedule for 2020-21 and Ind vs Aus live score . Like us on Facebook or follow us on Twitter for more sports updates. You can also download the NDTV Cricket app for Android or iOS.