Watch: Delhi Capitals Pens Down Special Message For Shreyas Iyer As He Hits The Nets After A Long Time

Shreyas Iyer's Indian Premier League franchise Delhi Capitals posted a special message and said that they couldn't wait to have him back in full flow, as the batsman hit the nets on his way back to full fitness from an injury that has kept him out for long. 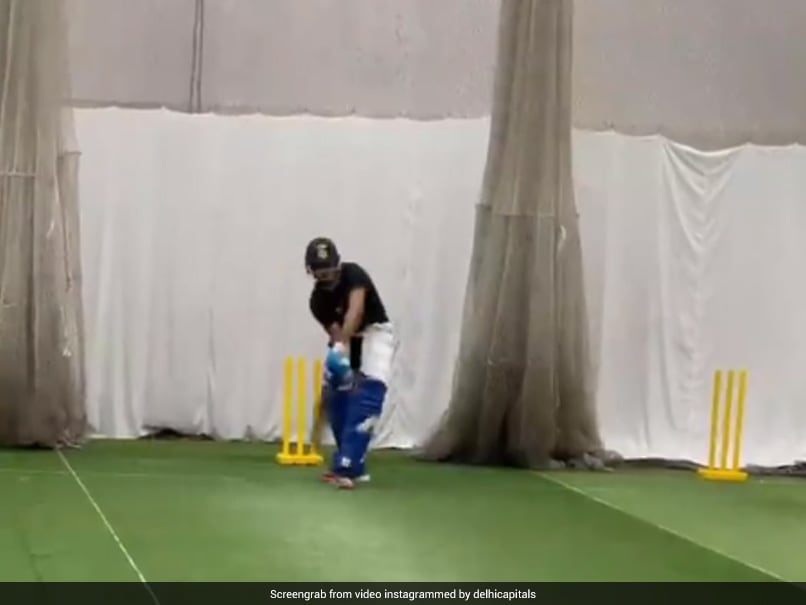 India middle-order batsman Shreyas Iyer on Thursday hit the nets after a long time. The video of Iyer's net session was shared by his Indian Premier League (IPL) team Delhi Capitals (DC) on Instagram. Delhi also penned down an emotional note in the caption of the video. "Aankhein taras gayi thi yeh dekhne ke liye (Our eyes were desperate to witness this sight)," Delhi wrote along with a pleading face emoji. The IPL franchise further added that they "can't wait to have you back in full flow". They also tagged Iyer in the post.

The followers of DC were also happy to see Iyer back in action, and soon they flooded the comments section of the post with their wishes.

"Our skipper will come back stronger than ever," wrote a fan along with a pleading face, blue-heart, and fire emojis.

"Yes, the lion will be back soon," wrote another fan on the post. The user also used two smiling faces with heart-eyes emojis to express his excitement.

Another user said the fact that the IPL was postponed was a "blessing in disguise" for DC. "Now. our skipper can lead us to IPL glory in the second phase in UAE," added the DC fan.

Iyer was last seen in action during the opening ODI of the three-match series between India and England on March 23. He had injured his shoulder while fielding in the match and was ruled out of the rest of the ODI series. Iyer, then, underwent surgery on April 2 and was forced to pull out from the 14th edition of the Indian Premier League (IPL 2021) as well.

The right-handed batsman is, now, expected to feature in the second leg of the tournament, which will take place in the United Arab Emirates (UAE) between September and October. In Iyer's absence, DC had appointed young India wicket-keeper batsman Rishabh Pant their skipper for IPL. It will be interesting to see if the DC management retains Pant as captain or gives Iyer back the skipper's role in the second phase of the league.

The 26-year-old was also not selected in India's 20-member squad for the Sri Lanka tour, which will kick off on July 18, as he was still nursing his injury.

Due to the injury, Iyer also had to pull out from his maiden stint with Lancashire for the Royal London One-Day Cup.

Delhi Capitals Shreyas Iyer IPL 2021 Cricket
Get the latest updates on IND vs NZ 2021, check out the Schedule and Live Score . Like us on Facebook or follow us on Twitter for more sports updates. You can also download the NDTV Cricket app for Android or iOS.