IPL 2021: Yuzvendra Chahal took to Twitter to take a cheeky dig at Punjab Kings over their new jersey which many feel is inspired by Royal Challengers Bangalore's outfit. 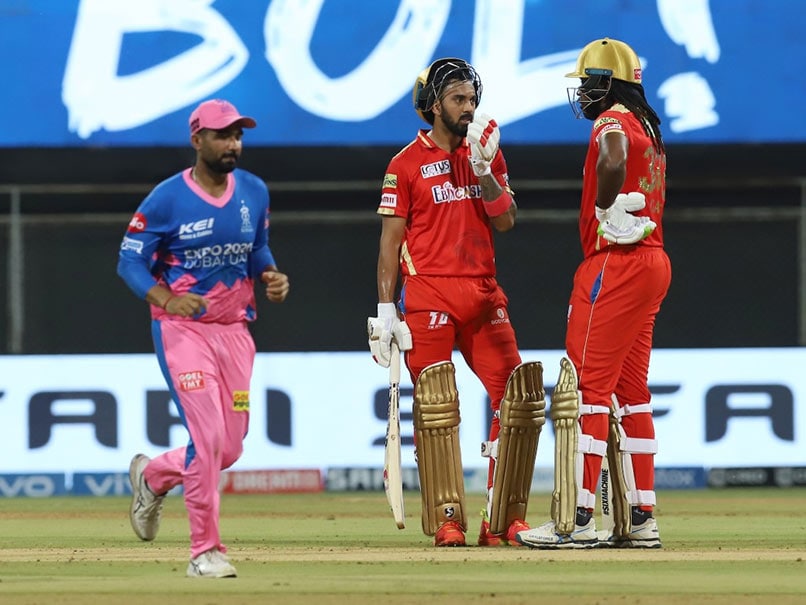 Chris Gayle and KL Rahul have represented Royal Challengers Bangalore in the past.© BCCI/IPL

Yuzvendra Chahal is known for his wittiness on social media and his cheekiness was once again on display as he decided to troll Punjab Kings for their new jersey. Just ahead of the Indian Premier League (IPL) 2021 season, Punjab Kings, previously known as Kings XI Punjab, changed their name and introduced a new jersey for the ongoing season. The new jersey had many similarities to Royal Challengers Bangalore's red and gold jersey. Chahal took to Twitter and shared a snippet of KL Rahul and Chris Gayle having a chat on the field donning the new jersey. Taking a dig at the Punjab-based franchise, Chahal tweeted "Welcome to @RCBTweets boys @henrygayle @klrahul11" along with laughing emojis.

In the match, KL Rahul smashed a scintillating half-century as he just missed out on a hundred by nine runs.

The Punjab Kings captain was in fine form as he hit seven boundaries and five maximums during his 50-ball knock.

He was well supported by Deepak Hooda who also scored a half-century, scoring a quick-fire 64 off just 28 deliveries. Hooda smashed six sixes and four boundaries during his knock.

Gayle too made a handy contribution of 40 runs off 28 deliveries as Punjab Kings posted a mammoth first innings total of 221 for the loss of six wicket in their allotted 20 overs.

For Rajasthan Royals, debutant Chetan Sakariya was the pick of the bowlers as he picked up three wickets and gave away 31 runs.