RR vs PBKS IPL 2021: Punjab Kings defeated Rajasthan Royals by four runs in a nail-biting finish that went to the last over. 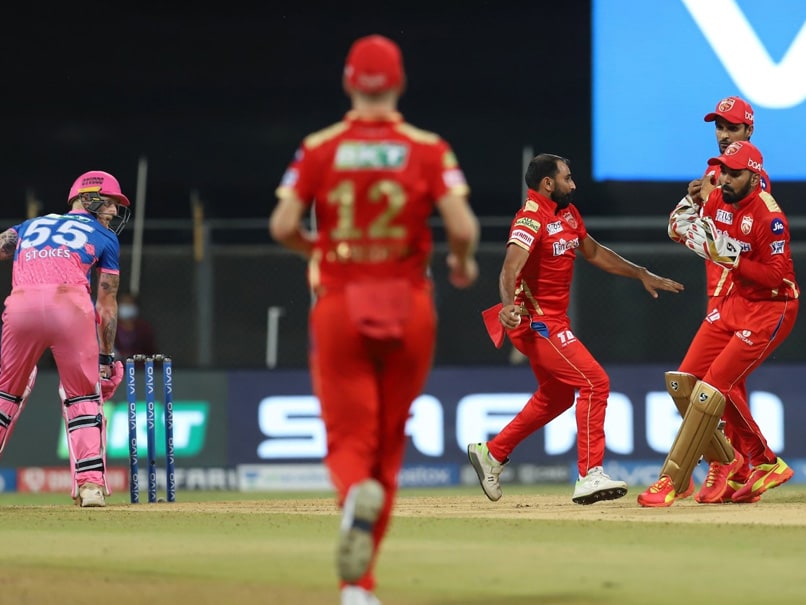 In the pursuit of a 222-run target, Rajasthan Royals faltered in the final over as captain Sanju Samson got out off the last ball of the match. Needing 13 runs to win off the final six balls, pacer Arshdeep Singh bowled his heart out to concede only eight runs and claim the all-important wicket of Sanju Samson on the final ball of the match. Samson, meanwhile, completed his third century in IPL cricket after getting dropped thrice during the course of his innings. Earlier, KL Rahul and Deepak Hooda scored marvelous fifties to take Punjab Kings to a mammoth target of 221 runs in their allotted 20 overs. Starting the match, Rajasthan Royals handed four players their maiden caps for the franchise, Chris Morris, Mustafizur Rahman, Manan Vohra and Chetan Sakariya while Punjab handed a debut to the hard-hitting Shahrukh Khan. (SCORECARD)

Chris Gayle IPL 2021 Cricket Live Score Live Cricket Score Live Blogs Rajasthan Royals vs Punjab Kings, Match 4
Get the latest updates on ICC T20 Worldcup 2022 and CWG 2022 check out the Schedule, Live Score and Medals Tally. Like us on Facebook or follow us on Twitter for more sports updates. You can also download the NDTV Cricket app for Android or iOS.