India and Royal Challengers Bangalore fast bowler Navdeep Saini posted a new video on Twitter where he shows off his prized Harley-Davidson bike. 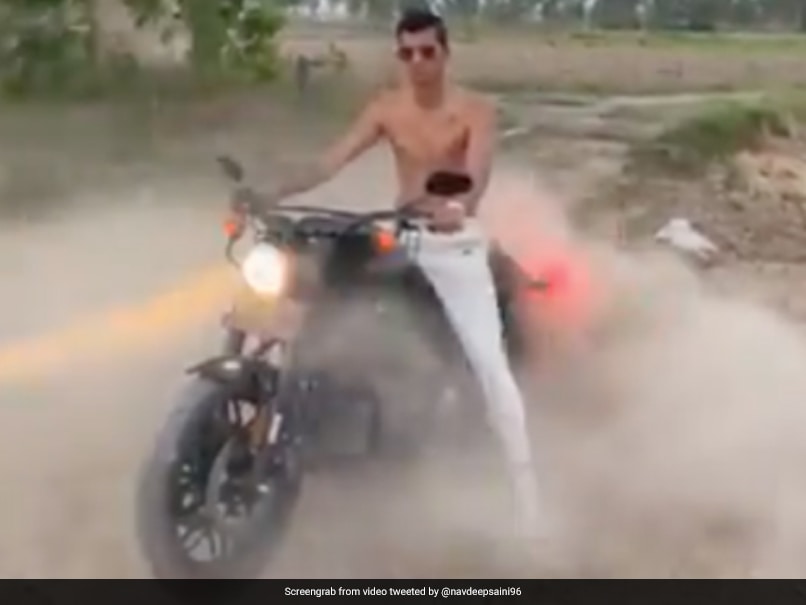 India and Royal Challengers Bangalore (RCB) pacer, Navdeep Saini posted a video on Twitter where he was seen showing off his Harley-Davidson bike. The post was captioned, "Accompany me on my bike to feel the fear @harleydavidson." The video was a hit among his fans as it got more than 750 retweets, three lack views and over 18,000 likes. In the video, Saini was seen pressing on the accelerator in full flow, with dust puffing out from behind.

Accompany me on my bike to feel the fear @harleydavidson pic.twitter.com/iosa8wS2ya

Saini played only one game out of the eight matches played by RCB in Indian Premier League (IPL) 2021. The right-arm quick endured a horrific time as he was taken apart for 27 runs without a wicket in the two overs he bowled.

He claimed six wickets in 13 in the previous edition of the IPL at an economy of over 8.

Saini, however, was applauded during India's tour of Australia in the 2020-21 season.

The fast bowler made his presence felt when he bowled tight line and lengths at the Gabba in Brisbane on Day 1 of the fourth Test match of the series despite a groin injury but had to leave the ground to undergo treatment.

He was applauded by the fans when he returned to bowl five overs in the second innings of the fourth Test.

The pacer has represented India in two Tests, seven ODIs and nine T20Is.

India Cricket Team Navdeep Saini IPL 2021 Cricket
Get the latest updates on IPL 2021, IPL Points Table , IPL Schedule 2021 , live score . Like us on Facebook or follow us on Twitter for more sports updates. You can also download the NDTV Cricket app for Android or iOS.