Mumbai Indians beat Sunrisers Hyderabad by 42 runs in their final league fixture on Friday but still failed to qualify for the IPL play-offs. 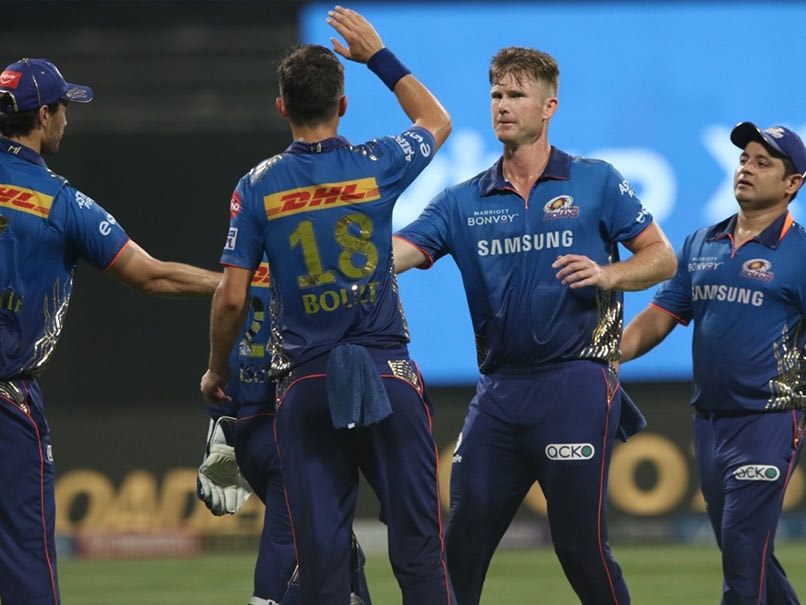 Defending champions Mumbai Indians beat Sunrisers Hyderabad by 42 runs in a high-scoring game here on Friday but their spirited effort was not enough to take them to the IPL play-offs. After amassing 235 for nine, MI needed to limit SRH to 65 or less to qualify for the play-offs ahead of KKR but expectedly that did not happen. SRH ended with 193 for eight with stand in captain Manish Pandey making an unbeaten 69 off 41 balls. It is for the first time in three seasons that five-time champions MI have not entered the last four after lifting the trophy in the past two editions.

MI needed a miracle and the script unfolded in their favour, at least in the first innings, when they opted to bat and posted a mammoth score.

Ishan Kishan (84 off 32) and Suryakumar Yadav (82 off 40) struck whirlwind fifties as MI meant business from the onset. But it was not to be for MI as they failed to restrict SRH to their desired target, even though they won the match comfortably.

Even though MI and KKR ended their round-robin engagements on 14 points from as many games, the Kolkata outfit leapfrogged Rohit Sharma's side on net run rate.

Delhi Capitals and Chennai Super Kings will face each other in the Qualifier 1 on Sunday, while KKR will be up against Royal Challengers Bangalore in the eliminator on October 11.

But SRH lost their plot soon after the dismissal of the openers with Jimmy Neesham striking twice -- first accounting for Sharma and then Abdul Samad. Pandey (69 off 41; 7x4s, 2x6s) and Priyan Garg (29) shared 56 runs for the fifth wicket before Jasprit Bumrah dislodged the stand.

Pandey played a captain's knock and kept SRH in the hunt, albeit mathematically, reaching his 50 off 30 balls. It was always going to be an uphill task for SRH to get 70 runs off 24 balls and it turned out to be so with Pandey remaining unbeaten.

Earlier, MI openers -- Kishan and skipper Rohit Sharma (18 off 13) meant business and showed the intent from the onset.

Kishan, especially, was in belligerent mood as he went hammer and tongs and didn't spare a single SRH bowler to bring up his fifty in just 16 balls, the fastest half century this season.

It was raining boundaries and sixes for Kishan in every over as MI raced to 78 runs in the first five overs. It looked like child's play for Kishan as he clobbered Rashid over the deep midwicket to bring up the team's 100 in 7.1 overs.

Kishan finally departed in the 10th over when he top edged an Umran Malik delivery to Wriddhiman Saha behind the stumps.

After Kishan's dismissal, SRH pulled things back, courtesy some smart captaincy from Pandey, who replaced Kane Williamson out with an elbow niggle.

A courageous Pandey brought young left-arm spinner Sharma into the attck in the 13th over and the bowler reposed his captain's faith by removing Kieron Pollard (12) and Neesham in final two balls of the over to stand in chance for a hat-trick.

Yadav, who had not been at his best in the second leg so far, rose to the occasion when it matterd and took the onus of guiding MI innings after Kishan's dismissal.

James Neesham Cricket
Get the latest updates on ICC Women's Cricket World Cup 2022 and IPL 2022, check out the Schedule , Live Score and IPL Points Table. Like us on Facebook or follow us on Twitter for more sports updates. You can also download the NDTV Cricket app for Android or iOS.