IPL 2021: MS Dhoni has reached Dubai along with some of his Chennai Super Kings teammates for the resumption of Indian Premier League 2021. 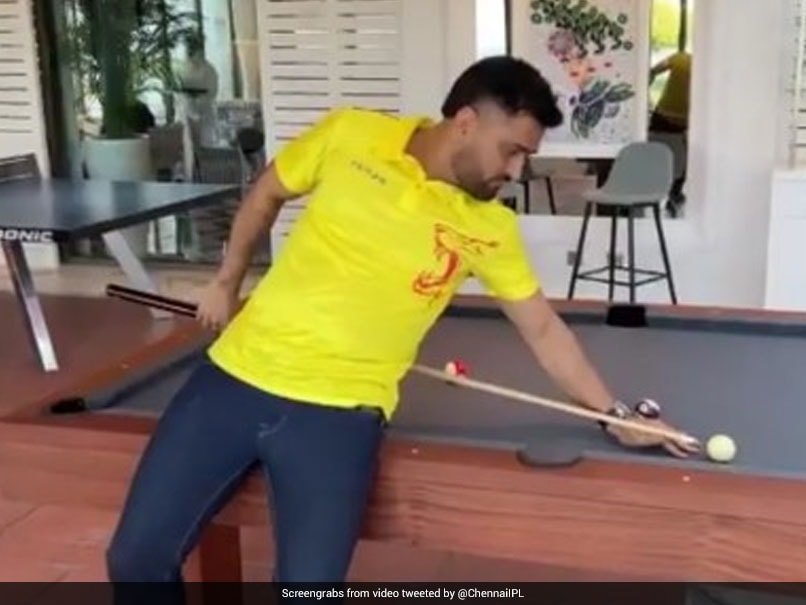 Led by MS Dhoni, some members of Chennai Super Kings (CSK) have reached their bio-secure bubble at Dubai for the resumption of Indian Premier League (IPL) 2021 season. IPL 2021 was postponed halfway through the season in May due to multiple COVID-19 cases inside the bio-secure bubble of many teams. CSK posted a video of their journey from India to the United Arab Emirates (UAE) on Twitter and it included the likes of Ruturaj Gaikwad, Suresh Raina and Deepak Chahar with their skipper. The video was also captioned as, "Vanakkam again Dubai". Here is the video:

The video also gave a sneak peek into the team's entertainment room, where Dhoni could be seen playing billiards with Chahar.

Coaches Lakshmipathy Balaji and Michael Hussey also tested positive for the dreaded virus from the team before the season was postponed.

CSK were in good form, winning five matches and losing only two fixtures. They were second on the table before the competition was abruptly halted.

The top spot was occupied by Delhi Capitals (DC), and Royal Challengers Bangalore (RCB) were in third position, followed by Mumbai Indians (MI).

The Chennai-based team will resume their campaign against defending champions MI on September 19, at the Dubai International Cricket Stadium.

The fixture between MI and CSK will also be the opening fixture for IPL 2021 resumption. It will be followed by RCB taking on Kolkata Knight Riders (KKR) in Abu Dhabi.

Dhoni will be aiming to lead CSK at least till the playoffs after they only managed a seventh-place finish in IPL 2020.

Suresh Raina IPL 2021 Cricket
Get the latest updates on IPL Auction 2023 and check out  IPL 2023 and Live Cricket Score. Like us on Facebook or follow us on Twitter for more sports updates. You can also download the NDTV Cricket app for Android or iOS.