IPL 2021, MI vs KKR: Rohit Sharma could return to Mumbai Indians' playing XI on Thursday after missing out on their previous fixture against Chennai Super Kings. 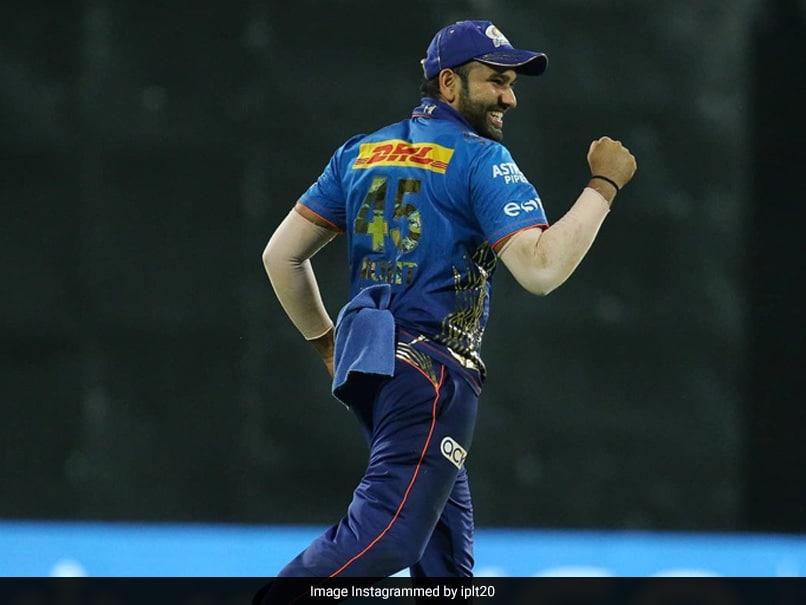 Rohit Sharma is expected to return to the Mumbai Indians playing XI as they face KKR in Abu Dhabi.© Instagram

Mumbai Indians will hope to be bolstered by the return of their regular captain Rohit Sharma after being rested for the opener of the second phase of the Indian Premier League (IPL) 2021 against Chennai Super Kings (CSK). Rohit was reportedly given some time off keeping in mind his workload management after a gruelling bio-bubble stay during the Test tour of England recently which ended prematurely. Rohit was seen sitting on the sidelines, with Kieron Pollard leading the MI side against CSK in his absence.

On the other hand, Hardik Pandya could be given another precautionary rest day after suffering a niggle ahead of their opener against CSK. Without their star players like Rohit and Hardik, MI suffered a 20-run loss against MS Dhoni-led CSK.

Here is the XI we think MI will field against KKR on Thursday:

Rohit Sharma: After being rested for their clash against CSK, Rohit Sharma could be given a go-ahead by coach Mahela Jayawardena. MI would aim to get back to winning ways against KKR in Abu Dhabi.

Quinton de Kock: The wicket-keeper batsman endured a tough day not only with the bat, but also behind the stumps as he gave away easy runs and missed a couple of catches.

Ishan Kishan: The southpaw will be looking to make amends after falling to a rash shot during a crucial phase of the match. Ishan made 11 runs off 10 balls and didn't look his usual self during his stay in the middle.

Suryakumar Yadav: The ever-reliable Suryakumar also failed to get going as his three runs off seven deliveries showed he would have to improve on a slow-paced wicket.

Kieron Pollard: With the added responsibility of leading the side, Pollard started the game brilliantly with some intelligent use of his bowlers in the powerplay. However, the dangerous-looking batter failed to get going, scoring only 15 runs off 14 balls.

Saurabh Tiwary: The lone shining star in MI's game against CSK, Tiwary made a sublime fifty and held his wicket from one end without hardly getting any support from the other batters. Tiwary made 50 runs off 40 balls and remained unbeaten.

Krunal Pandya: With his younger brother not in the side, Krunal endured a horrific day against CSK. His two overs cost his side 27 runs while only contributing 4 runs with the bat before being run-out.

Rahul Chahar: Chahar put a lid on the run-rate for MI but didn't provide the much-needed breakthrough his side wanted during the middle-overs.

Adam Milne: The most successful and economical bowler versus CSK, Milne will be looking to repeat his exploits at the start of the innings against KKR as well.

Jasprit Bumrah: Bumrah looked a bit rusty at the start but soon got his act together with two wickets in his 4 overs, giving away 33 runs.

Trent Boult: Boult, along-with Milne, gave MI a perfect start with quick wickets and setting the pace of the game. His two wickets jolted CSK's backbone but Boult proved to be a bit costly in the death overs.

Hardik Pandya IPL 2021 Mumbai Indians vs Kolkata Knight Riders, Match 34 Cricket
Get the latest updates on IND vs NZ 2021, check out the Schedule and Live Score . Like us on Facebook or follow us on Twitter for more sports updates. You can also download the NDTV Cricket app for Android or iOS.