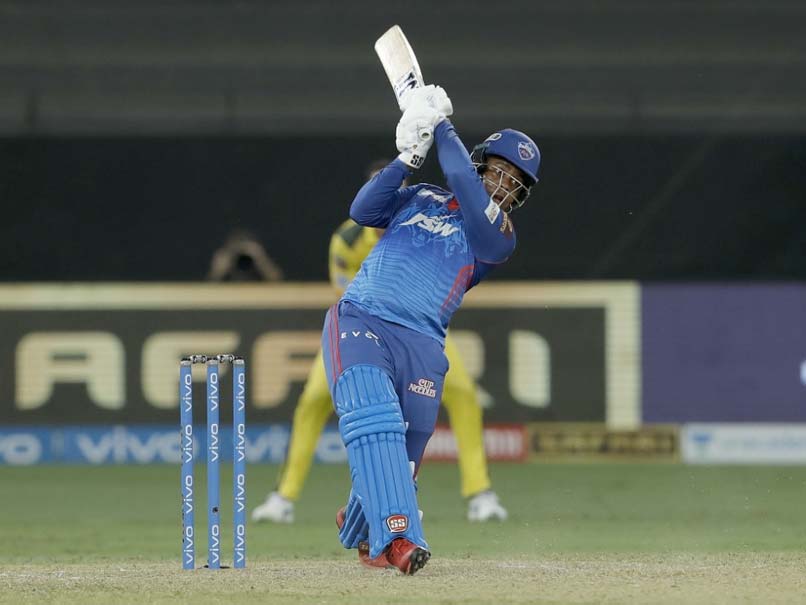 DC vs CSK: Shimron Hetmyer remained not out in a 137-run chase vs Chennai Super Kings.© BCCI/IPL

Delhi Capitals (DC) registered a hard-fought victory over Chennai Super Kings (CSK) by 3 wickets in Dubai to go on top of the points table. Delhi won the game in the final over where they needed 6 runs to win. Kagiso Rabada (4*) hit the winning runs on the first ball that he faced after Dwayne Bravo dismissed Axar Patel (5) in the final over. Throughout the chase, Delhi kept losing wickets at regular intervals but Shikhar Dhawan (39) held one end. After Dhawan got out, Shimron Hetmyer took the attack to the opposition. Hetmyer remained not out and guided Delhi Capitals to their tenth win of the season with his quick-fire knock of 28 runs off 18 deliveries. For Chennai, Shardul Thakur was the most successful bowler with his figures of 2/13 in four overs. Ravindra Jadeja also got two wickets, while Deepak Chahar, Josh Hazlewood, and Dwayne Bravo got one wicket apiece while defending 137 runs. Earlier, CSK managed to put up 136 runs on the board thanks to Ambati Rayudu's (55*) half-century and a steady innings from MS Dhoni in the middle-overs. With this victory, Delhi Capitals are now on top of the points table with 20 points and booster their chances of a top-two finish. Chennai moved down to the second spot in the points tally. (SCORECARD)

MS Dhoni IPL 2021 Cricket Delhi Capitals vs Chennai Super Kings, Match 50 Live Score Live Cricket Score Live Blogs
Get the latest updates on ICC Women's Cricket World Cup 2022 and IPL 2022, check out the Schedule , Live Score and IPL Points Table. Like us on Facebook or follow us on Twitter for more sports updates. You can also download the NDTV Cricket app for Android or iOS.