IPL 2021, KKR vs PBKS: Catch Or No Catch? How The World Reacted To 3rd Umpire's Decision To Give KL Rahul Not Out

KKR vs PBKS: While there were some fine performances from players of both teams, a third umpiring decision in the penultimate over of the match grabbed all the headlines. 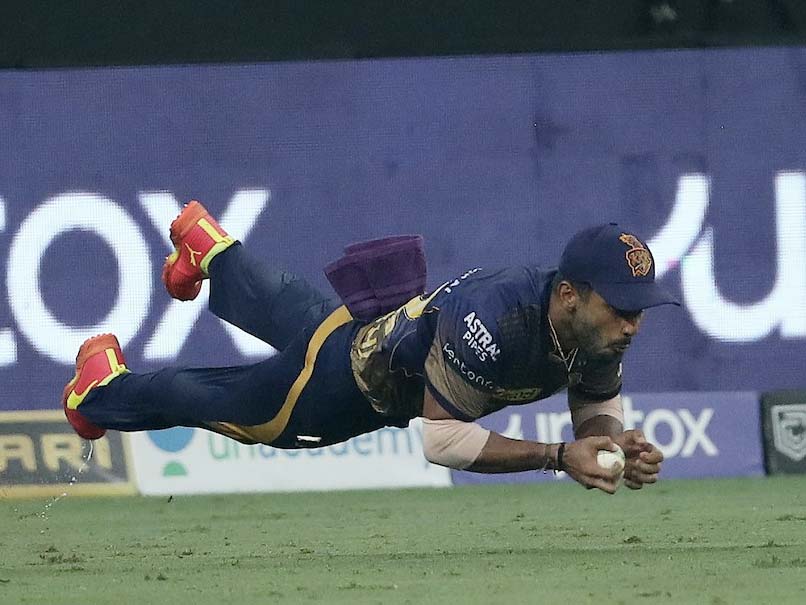 Punjab Kings pulled off a nervy win over Kolkata Knight Riders on Friday to boost their chances of qualifying for the playoffs. The IPL 2021 match in Dubai went right down the wire with PBKS overhauling the 166-run target set by KKR, with three balls remaining. The game could have gone either way but a patient knock from KL Rahul and a late blitz from Shahrukh Khan got PBKS over the line. While there were some fine performances from players of both teams, a third umpiring decision in the penultimate over of the match grabbed all the headlines.

It looked like PBKS had lost their captain at a crucial juncture with Rahul Tripathi diving forward to take a fine catch but the third umpire deemed that the catch wasn't taking cleanly and gave a not out decision.

Many fans and other cricketers too were left flummoxed by the decision and took to Twitter to let their feelings known.

That was a catch for me by Rahul Tripathi. #KKR #IPL2021 #KKRvPBKS

Dunno about you but the catch that Rahul took looked OUT to me. I thought the removal of soft-signal would get more clarity but on this occasion, it led to confusion. 3D sport. 2D pictures. #KKR ##PBKSvKKR

It was a clear catch.

Rahul tripathi's fingers were underneath the ball

Did that 3rd umpire ever played cricket?#KKR #IPL2021

KKR have been robbed.
Irrespective of the result of the game, that catch by Rahul Tripathi should have been declared out. Fingers clearly under the ball. Tough on the third umpire as well to make a decision but KKR HAVE BEEN ROBBED!!!!!

@IPL @BCCI#KKRvsPBKS
It was a very unfair decision regarding KL Rahul catch off Rahul Tripathi.
It was a fine clear catch.
It was clearly out.
Fingers was under the ball.
Third umpire does not even use the word "FINGER UNDER THE BALL"
Very much disappointing.

Clearly it was Fingers Underneath the ball! Absolutely wrong decision by third umpire. Rahul Tripathi grabbed that catch perfect and clean.#KKRvPBKS #KKR

Pathetic 3rd umpiring decision given against Rahul Tripathi's brilliant catch!!!
Could have been a contender for catch of this tournament!!!#IPL2021 #KKRvsPBKS

How isn't that catch from Rahul Tripathi not considered proper?
Who is the idiot sitting inside the third umpires room?@IPL @BCCI you need to have a check on this!
Mr. @VenkyMysore we just cannot be in the receiving end of these horrendous calls every season! #KKRvPBKS

Rahul Tripathi ! That was a clear catch!!!! @IPL @BCCI u guys are blind! #CricketTwitter #KKR #PBKS

KL Rahul was dismissed eventually in the last over but Shahrukh Khan smacked a six with three balls remaining to give PBKS a five-wicket win.

For KKR, Venkatesh Iyer impressed again, scoring 67 off 49 balls and also taking a wicket. Tripathi and Nitish Rana too played handy cameos but Eoin Morgan failed yet again while Dinesh Karthik struggled to get going as KKR posted 165 for seven.

KL Rahul anchored the chase for PBKS while opening partner Mayank Agarwal smashed a 27-ball 40. The going got tough for Punjab in the middle overs but Shahrukh Khan's brilliant 9-ball 22 cameo got his team over the line.

PBKS are now level on 10 points with KKR but if Mumbai Indians win their game in hand, they will leapfrog both teams and climb to fourth place in the points table. Chennai Super Kings are the only team that has so far secured a berth in the playoffs.

Kolkata Knight Riders IPL 2021 Kolkata Knight Riders vs Punjab Kings, Match 45 Cricket
Get the latest updates on ICC Women's Cricket World Cup 2022 and IPL 2022, check out the Schedule , Live Score and IPL Points Table. Like us on Facebook or follow us on Twitter for more sports updates. You can also download the NDTV Cricket app for Android or iOS.