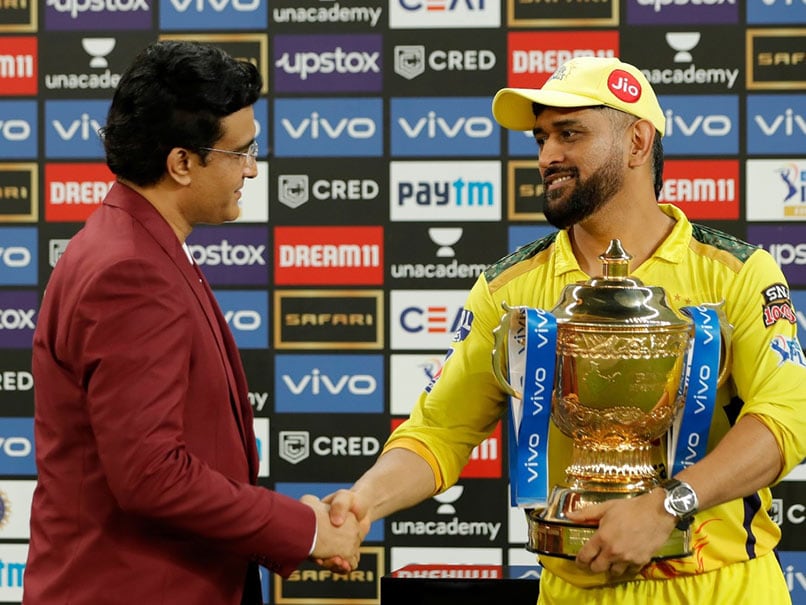 Former Indian cricket team opener Virender Sehwag spoke candidly about Chennai Super Kings (CSK) skipper MS Dhoni's legacy in the Indian Premier League (IPL). After a rare disappointment in IPL 2020, Dhoni led his side to yet another tournament win when CSK overcame Kolkata Knight Riders (KKR) by 27 runs in IPL 2021 final. Sehwag, who seemed awestruck by Dhoni's achievements, explained why the ex-India World Cup-winning captain should play one more season and then think of retirement.

Speaking to Cricbuzz.com, Sehwag said, "It's a phenomenal team. No one in Team India could beat Dhoni's legacy and hopefully, it would be difficult for any other captain to do the same for CSK. I feel he has one more year left in him for Chennai. He must play next season and then retire."

Sehwag supported his arguments with numbers, stating that Dhoni had led CSK magnificently to four title victories and nine finals appearances. He accepted that Rohit Sharma, with five titles as captain, is close to Dhoni.

"The legacy of the captain is known for the number of trophies he has won. And this captain [MS Dhoni] has won four titles and played 9 finals. So, to match him up will be an uphill task for any other skipper. Rohit Sharma is indeed close but to play 9 season finals, he needs more time," he added.

Sehwag also lauded CSK's consistent outings since IPL's inception. He marked out the fact that despite being banned to play for two seasons, Dhoni brought back the franchise where they belonged.

"No doubt, Chennai Super Kings is the best team of this T20 tournament that plays consistently. They finished at the bottom of the table last year and before that, they were banned for 2 years. So for 3 out of 13-14 years, they were out of the contention. But in the rest of the seasons, they have played the playoffs and made it to the final on 9 occasions," Sehwag said.

MS Dhoni won his fourth IPL title with CSK against KKR but uncertainty looms over his future with the franchise as a mega auction is set to take place before the 2022 season.

Virender Sehwag IPL 2021 Cricket
Get the latest updates on IND vs NZ 2021, check out the Schedule and Live Score . Like us on Facebook or follow us on Twitter for more sports updates. You can also download the NDTV Cricket app for Android or iOS.