IPL 2021: After their recent defeat to KKR on Monday, Virat Kohli asked his teammates to use the loss as motivation for the remaining fixtures in UAE. 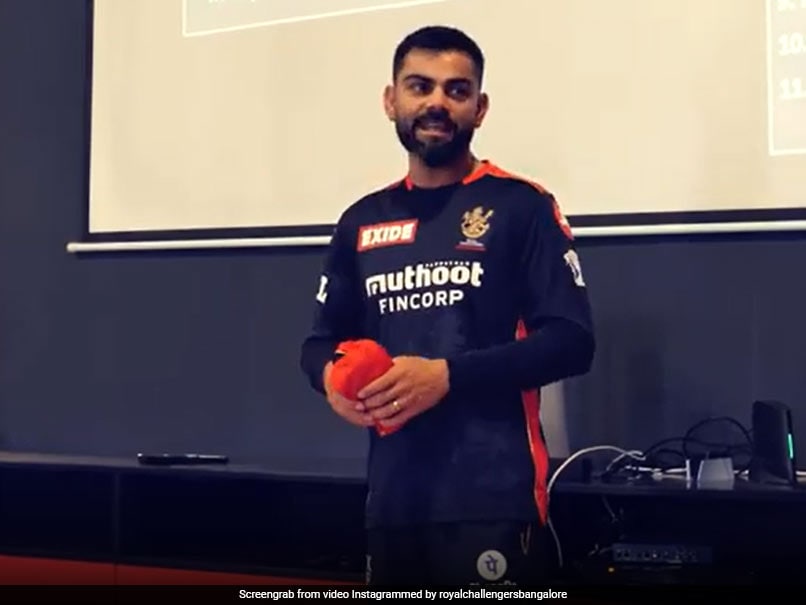 Royal Challengers Bangalore (RCB) resumed their Indian Premier League (IPL) 2021 campaign in the worst way possible, crashing to an embarrassing defeat to Kolkata Knight Riders (KKR) in Match 31 on Monday, in Abu Dhabi. The Virat Kohli-led outfit lost by nine wickets with plenty of underwhelming individual performances. After the match, Kohli took it on himself to motivate his teammates for the upcoming matches in UAE. This is also the 32-year-old's last season as RCB captain as revealed by him in a statement just before the start of the UAE leg of the league. The franchise also posted a video blog for the match, which included dressing room talks before and after the game.

After the match, Kohli started off by asking his teammates to accept the defeat and to use it as motivation for the next few games.

"We are better off accepting it immediately and being at peace with it. Not meaning that we don't look forward to the next one, but it should give us more hunger to get on to the field again and play the cricket that we have played already in this tournament", said the RCB skipper.

"So, I think it's about accepting that this kind of a game will happen at some stage. There is no reason why we should react differently to losses", he said.

"We have to stay pretty balanced as a team if we have to go all the way", he further added.

Devdutt Padikkal top-scored for RCB with 22 off 20 balls. The Bengaluru franchise posted 92 in 19 overs.

Against a target of 93 runs, KKR were at their aggressive best, posting 94 for one in 10 overs.

For their upcoming game, RCB face Chennai Super Kings (CSK) in Match 35 on Friday, at the Sharjah Cricket Stadium.

Virat Kohli IPL 2021 Cricket
Get the latest updates on T20 World Cup, check out the T20 World Cup Schedule and Live Score . Like us on Facebook or follow us on Twitter for more sports updates. You can also download the NDTV Cricket app for Android or iOS.