IPL 2021, SRH vs PBKS: After gifting Rajasthan Royals a win from a dominant position in their last match, KL Rahul-led Punjab Kings could look towards Chris Gayle for strengthening their batting line-up against SunRisers Hyderabad. 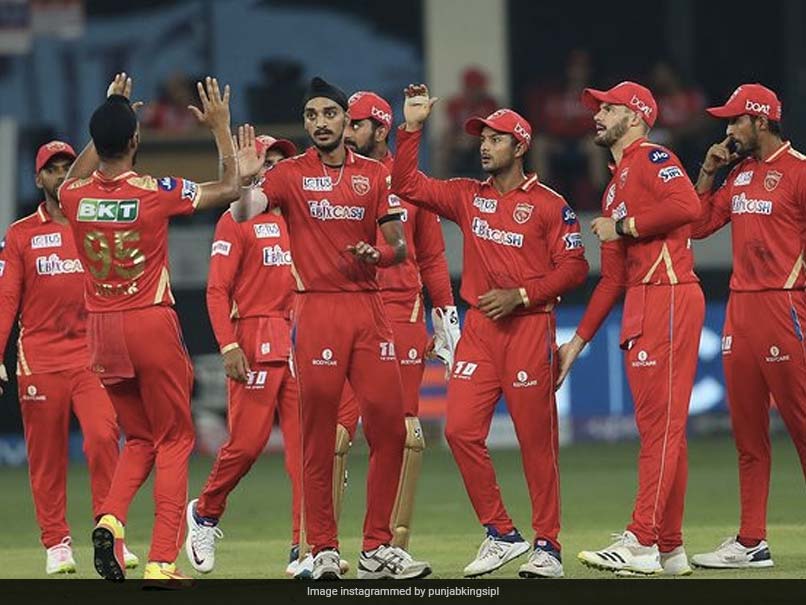 IPL 2021: Punjab Kings will be aiming for a win against SRH tonight.© Instagram

After ending on the wrong side of a nail-biter against Rajasthan Royals (RR), Punjab Kings (PBKS) would aim to finish strongly against a struggling SunRisers Hyderabad (SRH) side in the ongoing Indian Premier League (IPL) on Saturday. PBKS skipper KL Rahul and Mayank Agarwal's fine batting display failed to inspire the side as they ended two runs short of RR's total in the last over. Rahul could therefore be tempted to bring in explosive batter Chris Gayle to give some respite after a disappointing show in their previous game.

Deepak Hooda and Nicholas Pooran will have to shoulder much of the responsibilities in the middle-order for PBKS to chase down totals. Pacers Mohammed Shami will also need to inspire the younger lot of bowlers for PBKS to put in a complete performance.

Here are the players we feel might play for PBKS in their IPL 2021 clash against SRH:

KL Rahul: On an individual level, Rahul has been in sublime form. He is currently second in the list of highest run-getters with 380 runs in eight games. However, his form hasn't been reflected in his team crossing the finishing line often.

Mayank Agarwal: Mayank has complemented Rahul well at the top of the order with 327 runs in eight games. But he has been seen throwing his wicket away at the wrong time of certain chases in IPL 2021.

Aiden Markram: Markram's newly found love affair with the ball gives PBKS the right kind of balance at the top of the innings.

Deepak Hooda: Hooda will need to recreate the magic which he gave a glimpse of in the first phase of IPL 2021 in India. So far, he has notched up 116 runs and claimed two wickets.

Nicholas Pooran:There has been no better time for PBKS to look towards Pooran than the current slump. The franchise is in desperate need of a finisher, someone who can stay till the end and help the team win.

Shahrukh Khan: The explosive batter is yet to perform consistently in IPL 2021. He started off well but lack of confidence and support in the lower middle-order has become his undoing.

Fabian Allen: Allen has had a forgetful three matches so far, scoring only six runs and claiming a solitary wicket.

Nathan Ellis: Ellis is yet to get a game after he replaced Australian compatriot Riley Meredith in the PBKS squad. Much has been expected of the pacer in this format and can be expected to get a game.

Mohammed Shami: Senior pro Shami will have to rally the young pacers around him in order to dismantle batting oppositions on a consistent basis.

Ishan Porel: Porel claimed one wicket versus RR but gave away 39 runs at an economy of 9.75. He started off well but lost track after being taken for runs.

Arshdeep Singh:Arshdeep's 12 wickets in seven games puts him in good stead to retain his position in the final XI after decent performances. He claimed a remarkable five-wicket haul versus RR but still ended on the losing side.

KL Rahul IPL 2021 Cricket Mayank Agarwal
Get the latest updates on IND vs NZ 2021, check out the Schedule and Live Score . Like us on Facebook or follow us on Twitter for more sports updates. You can also download the NDTV Cricket app for Android or iOS.