"Not Going To Be A Cakewalk": Rohit Sharma Aware Of KKR Challenge

Mumbai Indians skipper Rohit Sharma opened up about the tough Kolkata Knight Riders challenge ahead of their clash on Thursday. 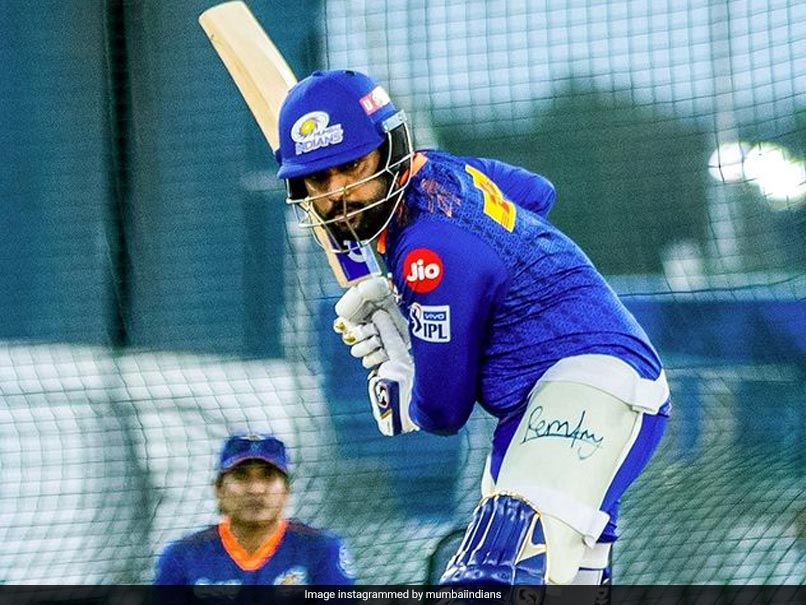 IPL 2021: Rohit Sharma wants his team to pull up their socks ahead of KKR clash.© Instagram

Mumbai Indians skipper Rohit Sharma opened up about the tough Kolkata Knight Riders (KKR) challenge ahead of them and asked his teammates to pull up their socks ahead of their clash on Thursday in Abu Dhabi. Rohit explained how the Eoin Morgan-led side won't be a "cakewalk" for them as the defending champions aim for their first win of the second phase of the Indian Premier League (IPL) in the UAE. "KKR is a good opposition. They play cricket really well as a team. They will obviously be coming off with some confidence after their last win. So, it's not going to be a cakewalk for us," said Rohit in a video post on the franchise's social media handles.

Rohit stressed on the fact that the team will need to start fresh ahead of every game and not rest on their laurels.

"I honestly don't believe in past records because in T20, it depends on that particular day what happens. You have to be the best on that day," he said.

He explained why MI needed to continue to push for better performances despite having a "handy" record against KKR in the past.

"I know we've had a very handy record against them but it's important that we turn up really well on that particular day and do the job," added Rohit.

Reliving the CSK loss which he wasn't a part of, the right-hand batsman talked about the crucial partnerships which the team lacked while chasing a target of 157.

"When you are chasing a score of 157, you need to build those small partnerships and make sure that you are keeping yourself in the game for as long as possible," he said.

Rohit praised Adam Milne for starting on the right note and hitting the deck hard.

"Adam Milne is coming off from a very important tournament in the UK. He is a good bowler, bowls really fast. It's all about getting that confidence and he got that in the first game, so I just hope that he builds on it," Rohit said.

Rohit accepted that the potential in his squad covered all bases but they still needed to tick all the small boxes to end on the winning side.

"We have to come back and come back really strong and tick those small boxes. I think if you look at the potential in this squad, we've got all the bases covered," he concluded.

Adam Milne IPL 2021 Cricket
Get the latest updates on IND vs NZ 2021, check out the Schedule and Live Score . Like us on Facebook or follow us on Twitter for more sports updates. You can also download the NDTV Cricket app for Android or iOS.