RCB vs KKR: Brendon McCullum has the ability to get the best out of his players by letting them play their natural game, like he did in his days as a player, and that it seems has ignited a mini revolution in the KKR camp. 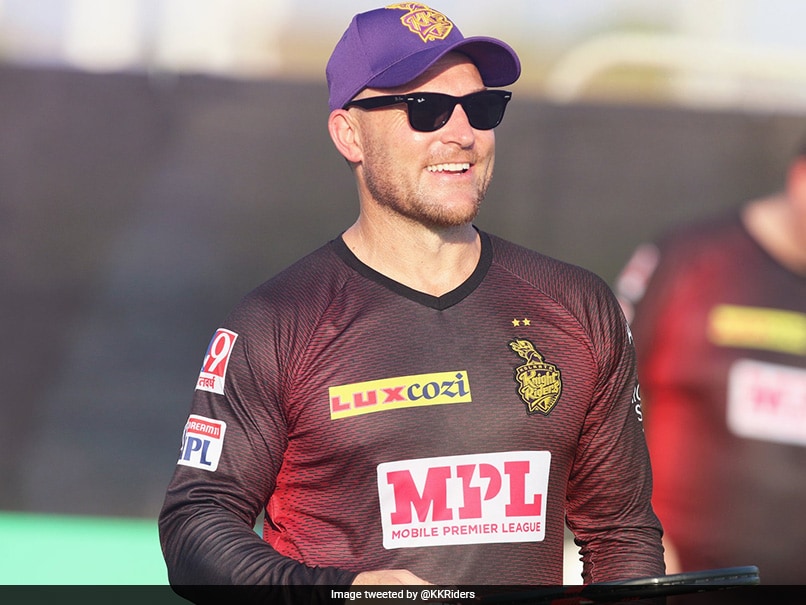 Brendon McCullum seems to have ignited a mini revolution in the KKR camp.© BCCI/IPL

It was on April 18, 2008 when the Indian Premier League (IPL), Board of Control for Cricket In India's (BCCI) brand new T20 league, became a reality. While the league boasted of the biggest names in Indian cricket and the who's who from the international circuit, and fans expected fireworks on the cricket field, no one would have imagined the start that the league was off to. Playing in front of a partisan Bengaluru crowd, which was rooting for the star-studded local franchise Royal Challengers Bangalore, Kolkata Knight Riders' Kiwi import Brendon McCullum produced a T20 innings for the ages. Known in international cricket for his ability to take the best bowling attacks apart, McCullum it seemed was on a mission to spread the word around about the arrival of IPL, and he did that with a bang.

McCullum made the most of the small boundaries at the Chinnaswamy Stadium and the flattest of flat decks to bludgeon his way to an unbeaten 158 off just 73 deliveries, hitting an unbelievable 13 sixes and 10 boundaries during his busy stay in the middle. What McCullum did was to give 'Brand IPL' a mega opening and also set the standard and the template for the days to come in the league.

KKR won the match, but it took them a while to get going in the league as they struggled to qualify for the knockouts in the initial seasons. RCB's maiden season went from bad to worse, but they bounced back to reach the final in 2009, which they lost narrowly.

It has been more than 13 years since that day and both these teams have charted their own path in the league. KKR have won the league twice, in a golden period under Gautam Gambhir's captaincy, while RCB are still in search of their maiden trophy, being led by Indian cricket's poster boy Virat Kohli for several years now. The two teams have met several times in the league and KKR hold a slight edge in the head-to-head tally, but this Monday the two teams will meet in the play-offs for the first time, when they face each other in the Eliminator.

KKR had a torrid start to the season, but they managed to turn things around in the UAE leg. It all started with a massive win over the RCB and Eoin Morgan's men haven't looked back since. KKR's win over RCB was followed by another clinical performance against Mumbai Indians, a team they have the worst record in the league against. After that win, Morgan spoke about the impact that McCullum, who is now the coach of KKR, has had on the team's style of play and morale.

"It's been a long time since we have played like this. Baz (Brendon McCullum) has taken over for almost two seasons, so the way we are playing is now getting into his style. To hold such a strong Mumbai team and chase it down in the manner we did gives us confidence," Morgan had said after KKR's win over MI.

So, the McCullum impact is there for everyone to see. The batsmen are going hell for leather at the top and the introduction of southpaw Venkatesh Iyer, whose devil-may-care style of batting mirrors that of his coach from the latter's heydays, has been a huge gamechanger for the 'Men in Purple'. McCullum's ability to take pressure off the shoulder of players is something that was evident even during his stint as captain of the New Zealand cricket team. He led the Kiwis to their maiden ICC World Cup final in 2015 and laid the foundations of their following success in Test cricket

Speaking about McCullum's impact, current New Zealand skipper Kane Williamson has praised him for bringing about a change in the way the team approached different formats.

"Sometimes he(McCullum) saw Test cricket as an ODI game, he also sometimes thought an ODI match as T20I match, Brendon played his natural game and it brought a lot of success to us, Brendon was so gifted in his approach to the game, it really complimented the team in a big way," Williamson had told Bangladesh cricketer Tamim Iqbal during a Facebook live chat last year.

McCullum has the ability to get the best out of his players by letting them play their natural game, like he did in his days as a player, and that it seems has ignited a mini revolution in the KKR camp. He would hope this change in attitude gets KKR back among the elite in IPL and most importantly land them their third title this season.

Brendon McCullum IPL 2021 Royal Challengers Bangalore vs Kolkata Knight Riders, Eliminator Cricket
Get the latest updates on ICC T20 Worldcup 2022 and CWG 2022 check out the Schedule, Live Score and Medals Tally. Like us on Facebook or follow us on Twitter for more sports updates. You can also download the NDTV Cricket app for Android or iOS.