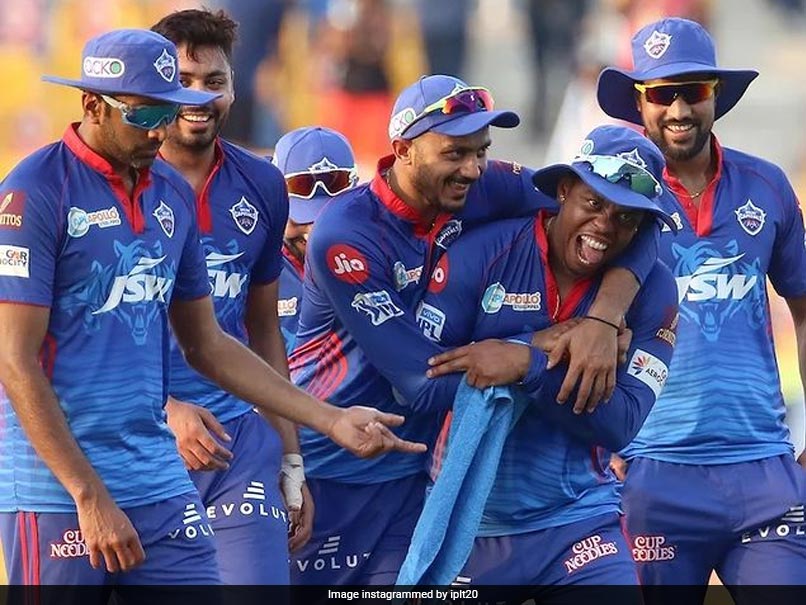 Delhi Capitals jumped to the top of the points table with a 33-run win over Rajasthan Royals.© Instagram

Punjab Kings (PBKS) defeated Sunrisers Hyderabad (SRH) by five runs in a low-scoring thriller in Match 37 of the Indian Premier League (IPL) 2021 season, at the Sharjah Cricket Stadium in Sharjah on Saturday. Chasing a target of 126 runs, SRH lost wickets early with Mohammed Shami leading the charge for PBKS. Ravi Bishnoi then dealth SRH three blows in the middle overs before Jason Holder took control of the innings for SRH. However, disciplined bowling by PBKS saw them win by five runs. Earlier in the day, Delhi Capitals beat Rajasthan Royals by 33 runs to climb to the top of the standings.

DC occupy top spot in the standings with 16 points from 10 games. They are followed by Chennai Super Kings (CSK) in second position, who have 14 points from 9 games.

RCB are in third position with 10 points, followed by Kolkata Knight Riders (KKR) with 8 points.

SunRisers Hyderabad (SRH) are bottom of the table with two points.

Shikhar Dhawan is currently in pole position in the Orange Cap race with 430 runs from 10 games. He is followed by PBKS captain KL Rahul (401).

RCB's Harshal Patel took two wickets vs CSK and is on top of the Purple Cap race with 19 dismissals. He is followed by DC's Avesh Khan (15) in second and RR's Chris Morris (14) in third position.

PBKS' Mohammed Shami is in fourth place with 13 wickets, followed by Arshdeep Singh (13).

Harshal Patel IPL 2021 Cricket
Get the latest updates on T20 World Cup, check out the T20 World Cup Schedule and Live Score . Like us on Facebook or follow us on Twitter for more sports updates. You can also download the NDTV Cricket app for Android or iOS.