IPL 2021: MS Dhoni Smashes It In The Nets As Chennai Super Kings Gear Up For Season. Watch

IPL 2021: MS Dhoni hit a few dazzling strokes in the nets as he stepped up his preparations for the upcoming season. 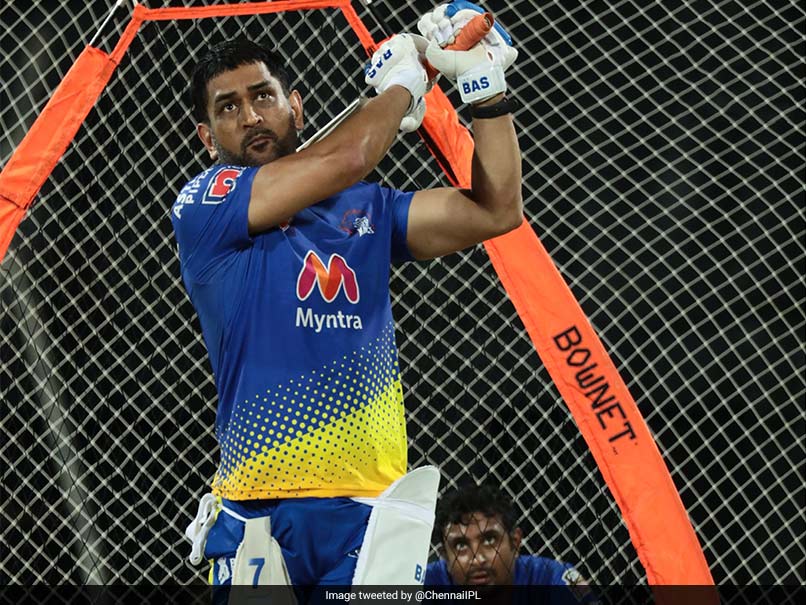 IPL 2021: MS Dhoni had a hit in the nets as he stepped-up preparations ahead of season.© Chennai Super Kings/Twitter

Chennai Super Kings captain MS Dhoni hit the nets ahead of Indian Premier League (IPL) 2021 as CSK step-up their preparations for the league. Dhoni was seen showcasing a gamut of strokes at the nets inside the MA Chidambaram Stadium in Chennai where the players have started to camp ahead of the IPL. CSK would hope Dhoni's return to the nets marks new beginnings for the team that failed to make the playoffs for the first time last season. Dhoni, though, had made it clear in CSK's last IPL 2020 match that it was "definitely not" his last in the yellow jersey.

CSK finished sixth in IPL 2020 after winning six out of their 14 games when the tournament was held in the UAE from September to November due to the coronavirus pandemic.

Despite the league returning to India this season, CSK, or any other team, would not have the privilege of playing at home as all matches have been scheduled at neutral venues for the teams.

Six cities - Delhi, Mumbai, Bangalore, Chennai, Kolkata, and Ahmedabad - will host the tournament this year and the league will begin on April 9 with defending champions Mumbai Indians taking on Royal Challengers Bangalore in Chennai.

CSK will start their campaign on April 10 when they take on the runners-up from last season Delhi Capitals in Mumbai.

The playoffs and the final will be played at the Narendra Modi Stadium in Ahmedabad.

Dhoni, who is one of the most experienced players in the IPL and has led CSK in every season that the team has played, will look to add to his IPL tally of 4632 runs from 204 matches.

MS Dhoni IPL 2021 Cricket
Get the latest updates on India vs South Africa and check out  Schedule, Results and Live Score. Like us on Facebook or follow us on Twitter for more sports updates. You can also download the NDTV Cricket app for Android or iOS.