Defending champions Mumbai Indians will look to boost their hopes of making the IPL 2021 playoffs when they take on Kolkata Knight Riders at the Sheikh Zayed Stadium in Abu Dhabi on Thursday. 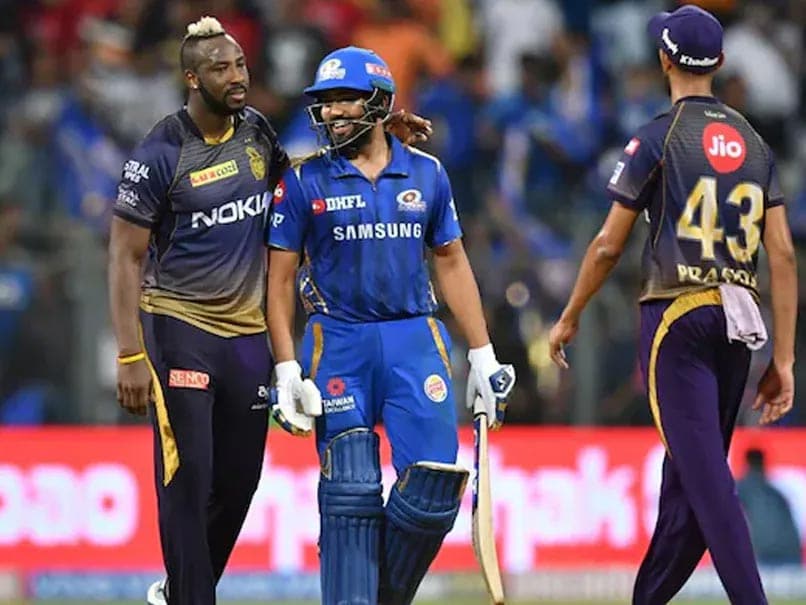 IPL 2021: Rohit Sharma is set to feature in MI's clash versus KKR.© AFP

Defending champions Mumbai Indians (MI) will look to boost their hopes of making the Indian Premier League (IPL) 2021 playoffs when they take on Kolkata Knight Riders (KKR) at the Sheikh Zayed Stadium in Abu Dhabi on Thursday. Captain Rohit Sharma is expected to feature in the playing XI after the 34-year-old batter was rested for the opening game since resumption, against Chennai Super Kings, with him having returned prematurely from a grueling Test series in England. Star all-rounder Hardik Pandya, who suffered a niggle ahead of the game against CSK, could remain out of the line-up.

Against CSK, MI struggled with the bat and managed just 136/8 in a chase of 157. The expected return of Rohit could help with the team's confidence against a KKR side that bowled out Royal Challengers Bangalore (RCB) for just 92 runs in their previous match.

Jasprit Bumrah and Trent Boult will lead the bowling attack for MI and will be key to the team's hopes.

Mi are placed fourth in the standings with four wins and four defeats from their eight games while KKR are behind by two points and as many places.

The Eoin Morgan-led side, however, will be flying high after their sensational performance against RCB. Varun Chakaravarthy was the pick of the KKR bowlers in that game with three wickets to his name while Shubman Gill and Venkatesh Iyer shone with the bat.

Morgan's team will look to build some momentum with KKR needing a few wins to improve their own chances of reaching the playoffs.

Hardik Pandya IPL 2021 Cricket
Get the latest updates on IPL Auction 2023 and check out  IPL 2023 and Live Cricket Score. Like us on Facebook or follow us on Twitter for more sports updates. You can also download the NDTV Cricket app for Android or iOS.