CSK vs KKR, IPL 2021 Final: Kolkata Knight Riders on Friday shared a video of a rousing speech that was delivered by coach Brendon McCullum ahead of the IPL UAE leg. 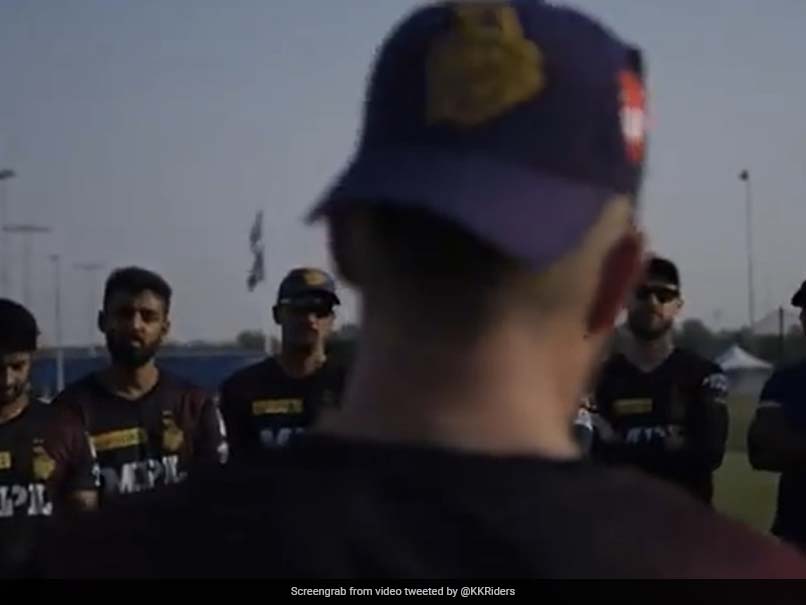 Kolkata Knight Riders (KKR) on Friday shared on social media the video of an inspiring moment involving head coach Brendon McCullum before the UAE leg of Indian Premier League (IPL) 2021. Ahead of Friday's IPL 2021 final against MS Dhoni-captained Chennai Super Kings (CSK) in Dubai, KKR looked back at a rousing speech delivered by McCullum last month. The team had endured a disastrous start in the first phase of the competition in India which saw them register only two wins in seven games. McCullum said, "Imagine things work out and then in five weeks we're standing there with the trophy after two wins in seven games. Imagine that journey. Imagine the stories that you'll get to tell. Experiences that you got to share. That's what's in front of us. That should enthuse us, excite us. We've got nothing to lose lads. And that makes us dangerous."

KKR looked one of the most improved sides during their UAE leg campaign.

They posted five wins in seven league games to make it to the play-offs, edging out defending champions Mumbai Indians (MI) on the basis of a superior net run-rate after Rohit Sharma's side finished level on points.

In the first eliminator, KKR demolished tournament favourites Royal Challengers Bangalore (RCB) and then edged past table-toppers Delhi Capitals (DC) in a nail-biter in Qualifier 2.

However, KKR will not be complacent as their biggest challenge in the form of three-time champions CSK still awaits.

KKR lost both of their group games against CSK and will be eager to make amends in the final.

MS Dhoni IPL 2021 Cricket Chennai Super Kings vs Kolkata Knight Riders, Final
Get the latest updates on ICC T20 Worldcup 2022 and CWG 2022 check out the Schedule, Live Score and Medals Tally. Like us on Facebook or follow us on Twitter for more sports updates. You can also download the NDTV Cricket app for Android or iOS.