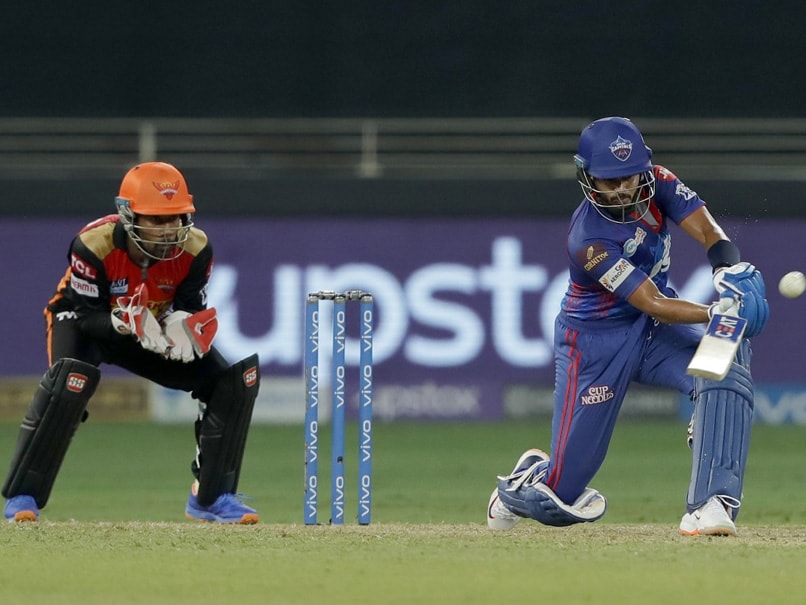 Delhi Capitals (DC) defeated SunRisers Hyderabad (SRH) by 8 wickets in Match 33 of Indian Premier League (IPL) 2021 on Wednesday, at the Dubai International Stadium, Dubai. While chasing a below-par target of 135 runs, Shreyas Iyer who was making his comeback after an injury scored 47* runs and was also the top scorer for his team. Shikhar Dhawan (41) and Rishabh Pant (35*) also played their part brilliantly in a low chase. Earlier batting first SunRisers Hyderabad posted a total of 134 runs where no batter was able to cross the mark of 30 runs. Kagiso Rabada was the leading wicket-taker for Delhi Capitals with his three wickets while Anrich Nortje and Axar Patel got two wickets each. With this win, Capitals moved up to the top of the points table with 14 points in their nine games and they just need two more wins to confirm their spot in the playoffs. However, Hyderabad are still at the bottom of the points tally with just a single win till now in this season. (SCORECARD)

Rishabh Pant IPL 2021 Delhi Capitals vs Sunrisers Hyderabad, Match 33 Cricket Live Score Live Cricket Score Live Blogs
Get the latest updates on Fifa Worldcup 2022 and check out  Fifa World Cup Schedule, Stats and Live Cricket Score. Like us on Facebook or follow us on Twitter for more sports updates. You can also download the NDTV Cricket app for Android or iOS.