IPL 2021, Qualifier 2: The Kolkata Knight Riders contingent got together at the team hotel to celebrate the epic three-wicket win over Delhi Capitals on Wednesday. 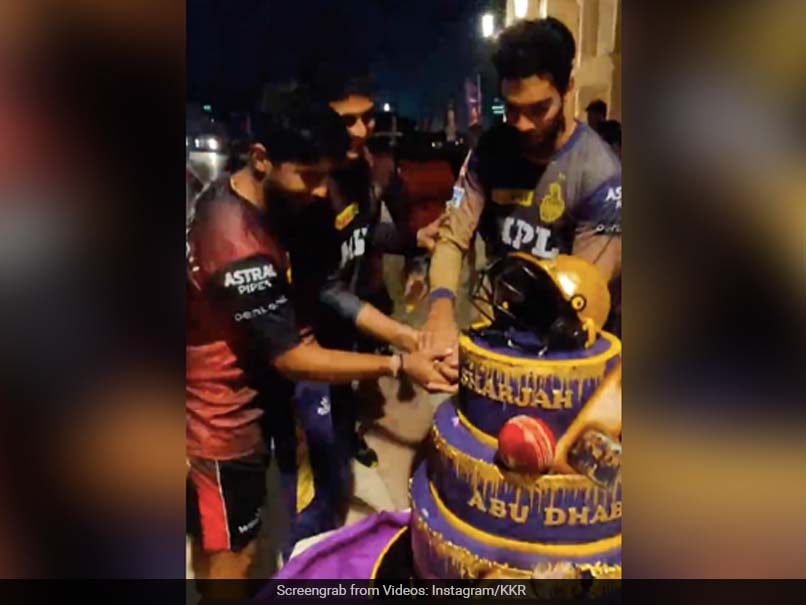 After some tense moments in the finishing overs in Sharjah on Wednesday, the Kolkata Knight Riders (KKR) camp came together to celebrate their victory after reaching their hotel. The three-wicket win against Delhi Capitals (DC) in the Indian Premier League (IPL) 2021 Qualifier 2 made sure that KKR qualified for their third IPL final. The finale, featuring MS Dhoni-led Chennai Super Kings (CSK) as KKR's opponents, is scheduled to take place at the Dubai International Stadium on October 15. KKR had beaten Royal Challengers Bangalore (RCB) in the Eliminator four wickets to book their place in Qualifier 2.

The KKR players made sure they enjoyed their thrilling victory to the fullest with players including Shubman Gill, Venkatesh Iyer and Nitish Rana cutting a huge cake custom-built for their win over DC in Qualifier 2.

It was an ending that kept every cricket fan to the edge of their seats. With only 11 runs needed to seal a win off 18 balls and seven wickets remaining, KKR entered the final phase of the game as firm favourites.

But the DC bowlers stuck to their plans and bowled lines and lengths that gave them a bit extra from the pitch, making it harder for the batsmen to hit through the line.

Spinner Ravichandran Ashwin bowled a spectacular last over, claiming the crucial wickets of Shakib Al Hasan and Sunil Narine to jolt KKR's dream of a final.

But Rahul Tripathi held his nerves and finished the game off with a six, sealing KKR their third IPL final appearance.

Royal Challengers Bangalore Nitish Rana Venkatesh Iyer Shubman Gill IPL 2021 Cricket Delhi Capitals vs Kolkata Knight Riders, Qualifier 2
Get the latest updates on ICC T20 Worldcup 2022, check out the Schedule and Live Score. Like us on Facebook or follow us on Twitter for more sports updates. You can also download the NDTV Cricket app for Android or iOS.