"Delivered It In Style": Sunil Gavaskar On MS Dhoni's Batting Heroics vs Delhi Capitals In Qualifier 1

IPL 2021: Former India captain Sunil Gavaskar praised Chennai Super Kings' skipper MS Dhoni after he finished off the game with a knock of 18 runs in just six balls against Delhi Capitals in Qualifier 1. 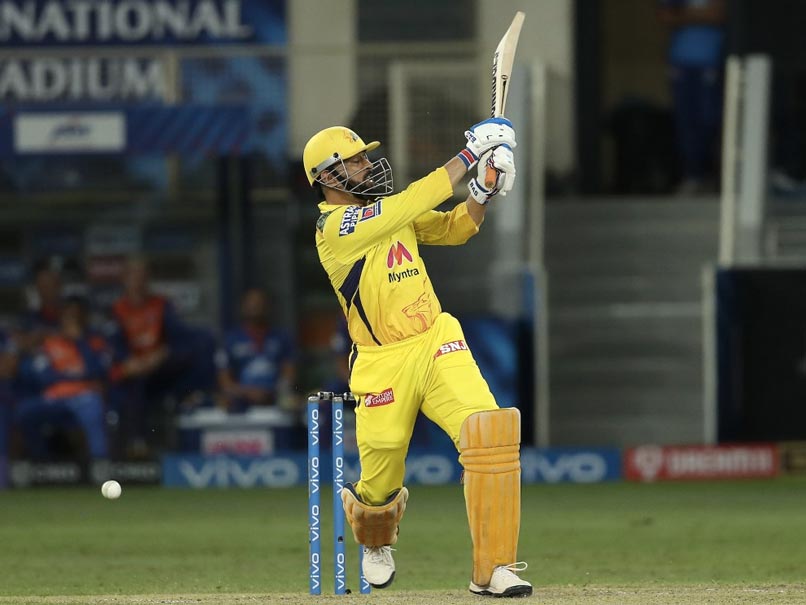 Chennai Super Kings (CSK) skipper MS Dhoni turned back the clock with a superb unbeaten knock off 18 runs off just 6 deliveries that helped the team register a dramatic four-wicket win against Delhi Capitals (DC) in the Indian Premier League (IPL) 2021 Qualifier 1. In Star Sports' post-match show, Sunil Gavaskar heaped praise on Dhoni's finishing skills and his ability to lead from the front when they needed it the most. Gavaskar was all praise for Dhoni trusting his abilities to finish off the game after taking the responsibility. Dhoni promoted himself up the order, ahead of an in-form Ravindra Jadeja, and put on a show to remember for the CSK fans.

"Look at the responsibility. Jadeja has been hitting the ball a fair distance. But he came in, he promoted himself. As a captain, he wanted to be there at the finish. He wanted to do it. That is amazing. You could argue that this has not been the best of the seasons for him but look when it was needed, he has come out and delivered and delivered in style."

CSK were going along well in chase of the 173-run target posted by DC. Opener Ruturaj Gaikwad smashed a terrific fifty before getting dismissed for 70 runs at a crucial juncture of the game.

Robin Uthappa also departed after his fifty and was soon followed by Ambati Rayudu, who was at the receiving end of a freak run-out. MS Dhoni joined Moeen Ali in the 18th over and took the bowlers to the cleaners with some hard-hitting.

CSK got over the line with two balls to spare and booked a place in the final. Royal Challengers Bangalore (RCB) and Kolkata Knight Riders (KKR) will take on each other in the Eliminator today.

MS Dhoni Ruturaj Gaikwad IPL 2021 Delhi Capitals vs Chennai Super Kings, Qualifier 1 Cricket
Get the latest updates on IND vs NZ 2021, check out the Schedule and Live Score . Like us on Facebook or follow us on Twitter for more sports updates. You can also download the NDTV Cricket app for Android or iOS.