Anil Kumble was trolled on Twitter after Punjab Kings lost a thrilling game against Rajasthan Royals on Tuesday. 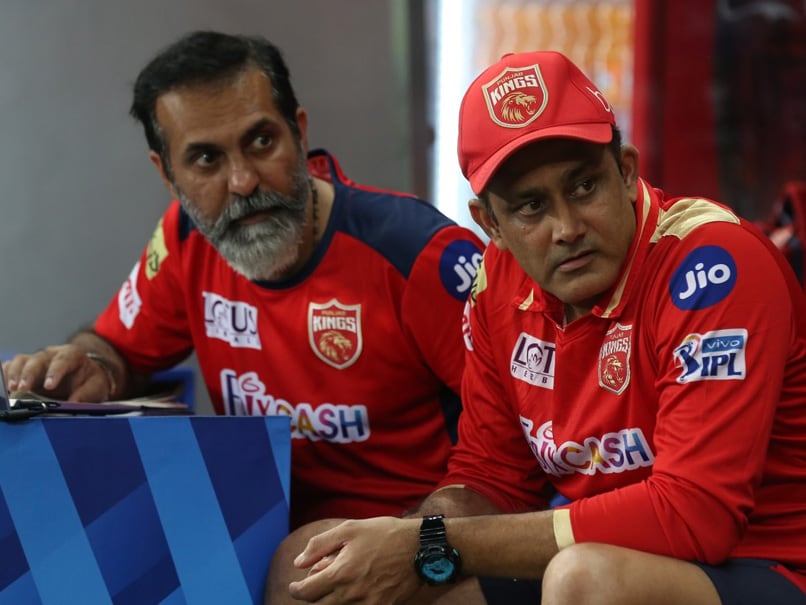 Anil Kumble was criticised by fans for not picking Ravi Bishnoi and Chris Gayle for RR clash.© BCCI/IPL

Punjab Kings (PBKS) fans didn't take kindly to the omission of Ravi Bishnoi from the team's Indian Premier League (IPL) 2021 clash against Rajasthan Royals (RR) on Tuesday, with many taking to Twitter to troll head coach Anil Kumble over the line-up. Chris Gayle, who was celebrating his 42nd birthday on Tuesday, was also missing from the playing XI. While Gayle's omission surprised many, including Sunil Gavaskar and Kevin Pietersen in the TV studio, fan favourite Bishnoi's omission upset others.

With speculation linking Kumble to the India head coach's role after Ravi Shastri's term comes to an end later this year, some fans took digs at the India great.

"He will rest Bumrah and play Praveen Kumar," wrote one fan. "Kumble taking revenge From Wrong Ravi," another fan tweeted.

Punjab again playing without their best bowler Ravi Bishnoi, he was unplayable the last time IPL was played in UAE, and this is why Kumble should never become Indian coach. He will rest Bumrah and play Praveen Kumar

Gavaskar and Pietersen, meanwhile, expressed their surprise over Gayle's omission.

"I think he will be disappointed more than us. We can talk about it. There will be some questions asked. I don't understand why you would leave Chris Gayle out on his birthday. I explained how much emotion he has and how excited he was. He was sporting a big smile. If there was one game you were going to play him, it was today. I can't understand the thinking at all," Pietersen said during the pre-match show on host broadcaster Star Sports.

"I, like KP, am absolutely astonished that Chris Gayle is not playing today. The four overseas players that have been picked today, can play brilliantly and win the game for Punjab Kings today. But the fact remains that on your birthday, you are leaving out one of the stellar players of T20 format," said India great Gavaskar.

KL Rahul IPL 2021 Cricket
Get the latest updates on T20 World Cup, check out the T20 World Cup Schedule and Live Score . Like us on Facebook or follow us on Twitter for more sports updates. You can also download the NDTV Cricket app for Android or iOS.