IPL 2021: AB de Villiers shared a series of photographs on Instagram after reaching the UAE. 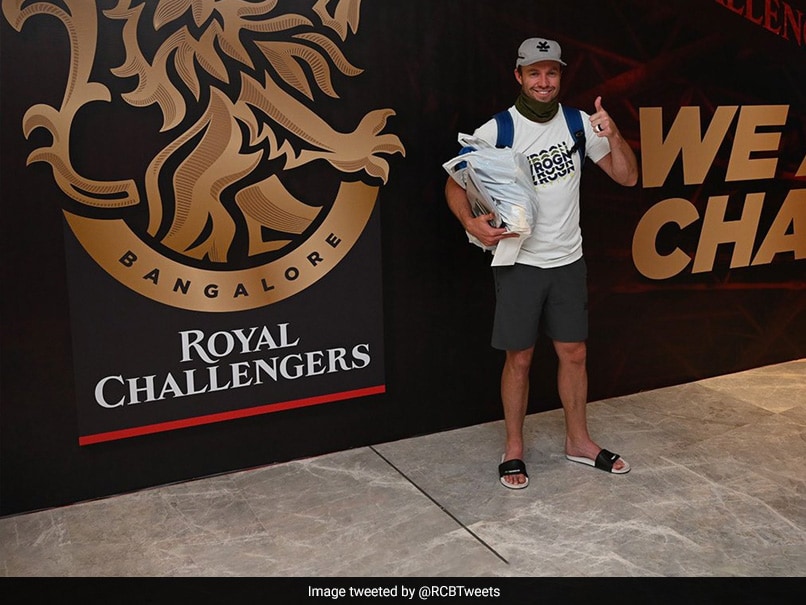 There is some good news for all Royal Challengers Bangalore (RCB) fans out there. South African superstar has arrived in the UAE for the remainder of IPL 2021. He shared a series of photographs featuring himself, wife Danielle de Villiers and their children. He also shared a glimpse of the jaw-dropping view from his room. Calling it a pleasant trip to the Gulf nation, De Villiers wrote, "Exciting six weeks ahead. And not a bad view from our room." The pictures spread like wildfire on the social media platform. Fans simply couldn't keep calm after seeing their favourite player join the RCB camp for the resumption of Indian Premier League 2021.

An elated user wrote, "The storm has arrived in UAE for IPL."

"Wishing you a happy comeback for the second half of IPL 202. Love ABD," said another.

Replying to the tweet, one person wrote, "The Superman has landed and the hopes for RCB title have gone up. Going to be sensational."

The SUPERMAN has landed and the hopes for RCB Title has gone up!!!! Going to be sensational #ABD #ABDeVilliers @ABdeVilliers17 #RCB #Master #IPL #IPL2021 #PlayBold #Beast

"I want to hear this line in the final that AB you beauty finishes off in style and the Royal Challengers Bangalore has won their first IPL trophy," wrote another RCB fan.

"Get ready for the AB show" was the sentiment as fans were thrilled to see "Mr 360" back.

Get ready for ab show pic.twitter.com/LQBCzqhEvO

This user, meanwhile, fell in love with AB de Villiers' smile. "His smile is so precious," read her comment.

His smile is so precious pic.twitter.com/nkmEmk1wQt

"Play bold champ glad to see you in red and gold," wrote another.

We have some more fan reactions waiting for you. Take a look:

The wait is over... Well come @ABdeVilliers17

Royal Challengers Bangalore will play their first game of the UAE leg against Kolkata
Knight Riders (KKR) on September 20. The match will be played at the Sheikh Zayed Stadium in Abu
Dhabi.