Watch: MS Dhoni Turns Up The Heat In Nets, CSK's Warning To Rivals

IPL 2021: MS Dhoni spewed fire at the nets and Chennai Super Kings issued a warning to all rivals as the franchise prepared for hostilities. 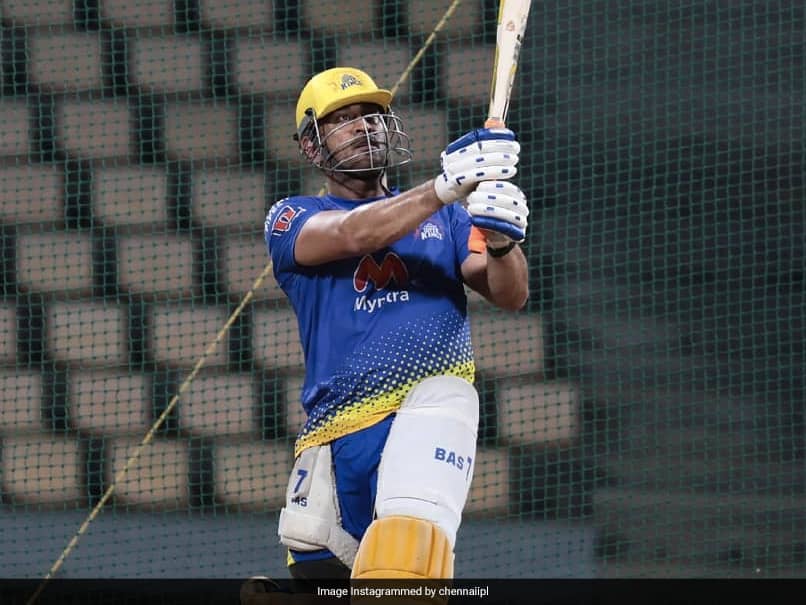 IPL 2021: MS Dhoni took the bowlers to the cleaners in the CSK nets ahead of IPL 2021.© Instagram

MS Dhoni, after last season's disappointment, has been turning up the heat in the Chennai Super Kings (CSK) nets ahead of the upcoming Indian Premier League (IPL 2021). Determined to turn things around for his side this year, Dhoni began his training way before than anyone else, and with less than a week left in the IPL 2021, the CSK skipper seems to have attained his full rhythm as evident in a video posted by the franchise on their Instagram account. The video features Dhoni batting in full flow, taking the bowlers to the cleaners. To the delight of all CSK fans, the video concluded with Dhoni hitting a one-handed shot, which serves as a warning for all the other IPL franchises, making them beware of the mayhem the former India skipper can cause when he gets going.

Apart from CSK's poor run last year, Dhoni also had a below-average performance scoring only 200 runs from 14 matches, with a best of 47 not out. CSK finished second from the bottom in the eight-team points table last year with 12 points, despite winning their last three matches on the trot.

CSK missed the services of Suresh Raina, who pulled out of IPL 2020 due to personal reasons, with the tournament held in the UAE due to the coronavirus pandemic. Raina, despite missing the entire season, is still the second-most successful batsman in the IPL, with 5,368 runs.

CSK, the second most successful franchise in IPL history, will begin their campaign on April 10 against last year's finalists Delhi Capitals, who will be led by Rishabh Pant, making it for an exciting contest for the fans.

Suresh Raina IPL 2021 Cricket
Get the latest updates on IPL 2021, IPL Points Table , IPL Schedule 2021 , live score . Like us on Facebook or follow us on Twitter for more sports updates. You can also download the NDTV Cricket app for Android or iOS.